After falling 138 points yesterday, the Dow Jones Industrial Average opened 23 points higher this morning — only to fall quickly after the opening bell. Mixed economic news has not helped the index, which fell 86 points shortly after 10 a.m. EDT. But investors are showing support for the companies that beat earnings estimates, pushing some components higher in trading and giving the Dow a little bit of help. As of 11 a.m. EDT, the index is only down 16 points. 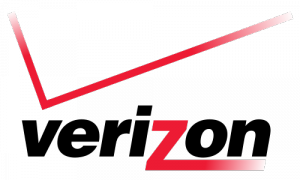 Economic data
The release of leading indicators this morning posed some conflicting data. On one hand, the top credit index showed that consumer and business spending was on the rise, and continued low interest rates may increase borrowing demand, but there is little proof that the demand is rising. Other indicators are clearly negative, with building permits in decline, factory manufacturing down, and rising unemployment claims.

Consumer sentiment rose to its highest level in five years, on the surge within the upper-middle-class demographic, which is a continuation of increased confidence in the economy among higher-income consumers. The positive jump was accompanied by some negative news, however, as the majority of consumers surveyed continue to expect negative economic performance in the near future.

Likewise on the negative front, the Philadelphia Fed Survey this morning showed declining business activity in the Mid-Atlantic region. Manufacturing is flat, inventories are down, and delivery times are shortening — all signs of slowing conditions. Outside of the shipping operations, which were up to a solid 9.1 on the survey, all other indicators point to slowing and declining activity. The survey matched Monday’s New York Fed report very closely, but investors should take note that regional data has been categorically weaker than national data.

Jobless claims increased last week, but by far fewer numbers than we had seen in the previous weeks. The news allayed fears that the labor market is in a serious decline, with the majority of investors seeing that the previous weeks’ jumps were due to seasonal irregularities. Keep an eye out for the next few weeks to see if a new trend emerges.

Earnings can make or break you
There has been a trend this earnings season that the companies beating expectations are rewarded, but how investors are deciding the winners varies. Now this is good news for Verizon Communications Inc. (NYSE:VZ), which announced earnings this morning. Helped by decreased costs in its wireless division and higher sales of smartphones in the first quarter, Verizon Communications Inc. (NYSE:VZ) beat analyst earnings estimates by $0.02 per share, with EPS of $0.68 per share — a $0.09-per-share increase from the prior year’s quarter. Though the wireless provider missed revenue expectations, the stock is up 3.61% so far in trading. Verizon Communications Inc. (NYSE:VZ) also announced that it was confident that it could acquire the remaining 45% stake in Vodafone Group Plc (ADR)‘s wireless operations without any major tax implications. This is a further development in the company’s back-and-forth with Vodafone Group Plc (ADR) over the joint operations.