Last year’s record warm temperatures and drought conditions combined with favorable agricultural economics (record or near-record plantings and commodity prices) increased demand for irrigation systems, as well as fertilizers and water. Thus, the stocks of many companies involved in those industries performed well in 2012. 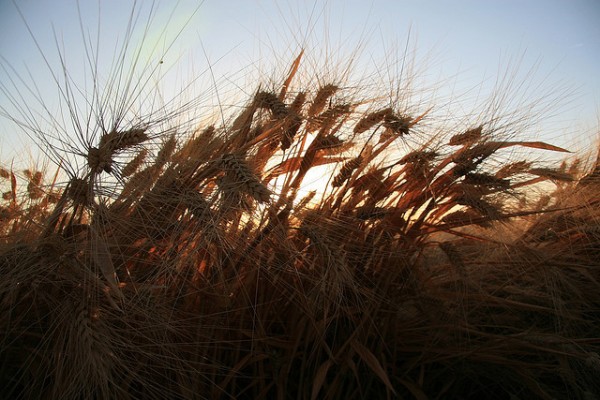 Spring is just around the corner – and so is planting season for corn and other crops. (Prime corn planting season in the Midwest typically begins about April 15, with early planting beginning April 1.)

So, it’s a good time to check how the irrigation stocks have performed since my July piece, and the lay of the land (pun intended) as we head into the 2013 agricultural season. But first, a snapshot of the industry and each company:

Center pivot systems are the gold standard in agricultural irrigation. They are highly engineered, and can be quite high-tech. Some are equipped with GPS capabilities, for instance.

They provide considerable advantages over older methods as they conserve water, energy, and labor while increasing or stabilizing crop production.

There are only five companies manufacturing center pivots, and the four largest — Valmont, Lindsay, T-L Irrigation, and Reinke — are all based in Nebraska.

Valmont Industries, Inc. (NYSE:VMI) owned the original center pivot patent, though naturally competitors flooded in when it expired. Most competitors quickly dropped out — a good sign for potential investors, as it indicates a decent moat.

It’s quite diversified, as the chart shows. The Utility segment’s concrete and fabricated metal products are heavily used in electrical transmission applications. Infrastructure’s products are used in lighting, highway safety, wireless, and other applications. Coatings provides hot-dip galvanizing and other coatings services. The chart shows how the irrigation stocks performed in the nearly eight months since my July 20 article. For context, also included are powerhouse agricultural equipment maker, John Deere & Co.; PowerShares Global Agriculture Portfolio, an ETF based on the NASDAQ OMX Global Agriculture Index; and the market in general. 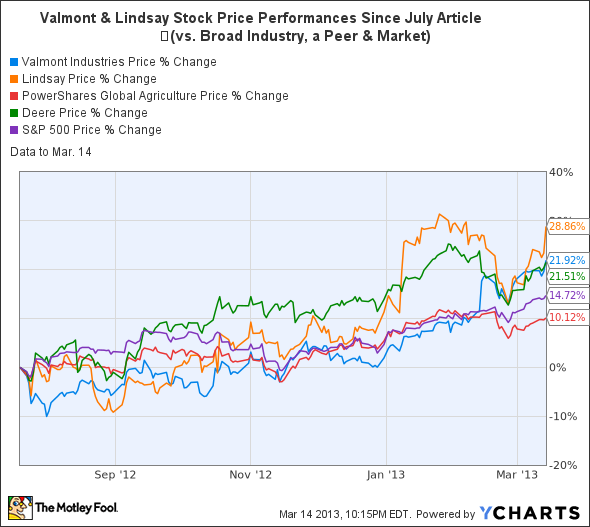 What rained on the Ag ETF’s stock parade?

3 Long Term Buys You Must Not Miss: FedEx Corporation (FDX) and More