Our extensive research has shown that imitating the smart money can generate significant returns for retail investors, which is why we track nearly 750 active prominent money managers and analyze their quarterly 13F filings. The stocks that are heavily bought by hedge funds historically outperformed the market, though there is no shortage of high profile failures like hedge funds’ 2018 losses in Facebook and Apple. Let’s take a closer look at what the funds we track think about United Airlines Holdings, Inc. (NASDAQ:UAL) in this article.

Is United Airlines Holdings, Inc. (NASDAQ:UAL) a healthy stock for your portfolio? The smart money is becoming less hopeful. The number of bullish hedge fund positions were cut by 2 lately. Hedge fund sentiment towards the stock is in a secular decline since 2015. Our calculations also showed that UAL isn’t among the 30 most popular stocks among hedge funds. 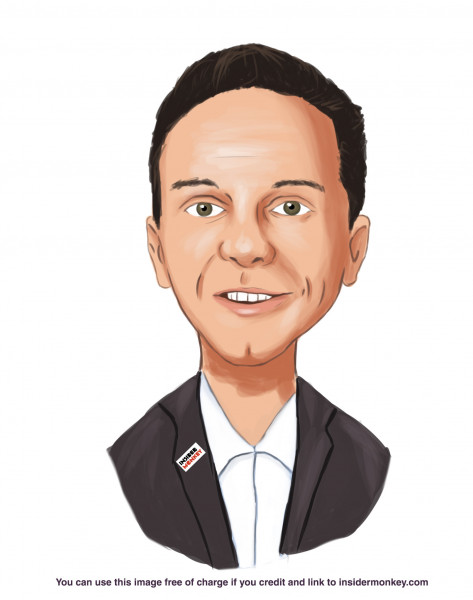 What have hedge funds been doing with United Airlines Holdings, Inc. (NASDAQ:UAL)?

At the end of the second quarter, a total of 47 of the hedge funds tracked by Insider Monkey were bullish on this stock, a change of -4% from the first quarter of 2019. The graph below displays the number of hedge funds with bullish position in UAL over the last 16 quarters. With hedgies’ sentiment swirling, there exists a few key hedge fund managers who were increasing their holdings significantly (or already accumulated large positions). 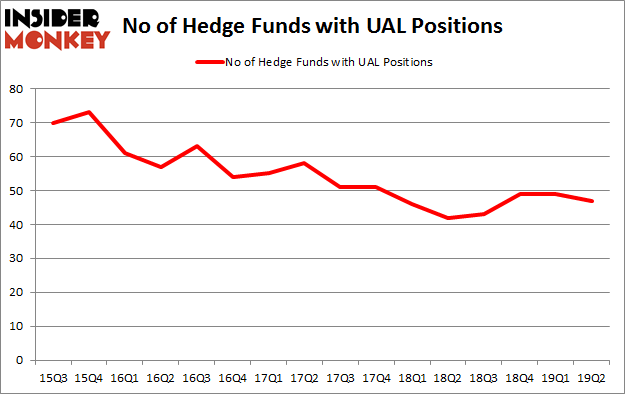 The largest stake in United Airlines Holdings, Inc. (NASDAQ:UAL) was held by Berkshire Hathaway, which reported holding $1920.7 million worth of stock at the end of March. It was followed by PAR Capital Management with a $1318.8 million position. Other investors bullish on the company included Altimeter Capital Management, Lansdowne Partners, and Diamond Hill Capital.

Because United Airlines Holdings, Inc. (NASDAQ:UAL) has faced a decline in interest from the smart money, it’s safe to say that there was a specific group of hedge funds who were dropping their positions entirely by the end of the second quarter. At the top of the heap, Steve Cohen’s Point72 Asset Management dropped the biggest stake of the “upper crust” of funds monitored by Insider Monkey, comprising an estimated $93.5 million in stock. Brandon Haley’s fund, Holocene Advisors, also cut its stock, about $46.2 million worth. These moves are interesting, as aggregate hedge fund interest dropped by 2 funds by the end of the second quarter.

As you can see these stocks had an average of 30.75 hedge funds with bullish positions and the average amount invested in these stocks was $1460 million. That figure was $6716 million in UAL’s case. FirstEnergy Corp. (NYSE:FE) is the most popular stock in this table. On the other hand Archer-Daniels-Midland Company (NYSE:ADM) is the least popular one with only 26 bullish hedge fund positions. Compared to these stocks United Airlines Holdings, Inc. (NASDAQ:UAL) is more popular among hedge funds. Our calculations showed that top 20 most popular stocks among hedge funds returned 24.4% in 2019 through September 30th and outperformed the S&P 500 ETF (SPY) by 4 percentage points. Unfortunately UAL wasn’t nearly as popular as these 20 stocks and hedge funds that were betting on UAL were disappointed as the stock returned 1% during the third quarter and underperformed the market. If you are interested in investing in large cap stocks with huge upside potential, you should check out the top 20 most popular stocks (see the video below) among hedge funds as many of these stocks already outperformed the market in Q3.