Sluggish institutional (another word for non-res construction) markets have been a source of dismay to the investors of security companies, as security system and technology providers are a pure play on non-res construction growth rates. Let’s have a look at what these companies had to say at the EPG conference.

A fire security company worth a look

Tyco International Ltd. (NYSE:TYC)’s CEO George Oliver presented his case at the EPG conference. He noted that non-res construction is experiencing slow recovery, which is being offset by European weakness. Moreover, construction in the hospital and schools sector remains depressed. The residential sector remains strong but it forms only small portion of Tyco International Ltd. (NYSE:TYC)’s revenue.

However, I am still bullish on the company. The management is continuously trying to innovate in order to curb softness in the non-res construction markets. The company has a strong reputation for turning around its operations.

It was once nothing more than a mess of different non-synergistic operations when Edward Breen took over the charge back in 2002. The new CEO spun off a collection of slow-growing business units and helped the company to half its debt in nine months. Tyco International Ltd. (NYSE:TYC) started the same initiative six months back in its North America security operations. There is another two-to-three months before this is totally reflected in the backlog.

On the capital allocation side, Tyco International Ltd. (NYSE:TYC) will continue to focus on bolt-on acquisitions ($200 million to $300 million would be on the larger side), a dividend payout in the 30% to 35% range, and share buybacks. The CEO did comment that the company would like to maintain its A- rating going forward. Hence, willingness to take on additional leverage seems minimal.

Many don’t know that Stanley Black & Decker, Inc. (NYSE:SWK) has a security segment. This is because its performance has been overshadowed by the stellar results of its construction and do-it-yourself (CDIY) segment. As outlined in one of my previous posts, the CDIY segment is flying high given the growth in res-construction rates. However, I also pointed out in the same post that CDIY under-performed in the recent earnings period given that the outdoor season was pushed four weeks ahead of the anticipated time. This happened because of the colder weather.

The organic revenue for Stanley Black & Decker, Inc. (NYSE:SWK)’s CDIY segment was flat in the recent period, missing consensus expectations by 5.6% and decelerating on a two- and three-year stack by 1,100 bps and 1,200 bps, respectively. However, Stanley Black & Decker, Inc. (NYSE:SWK) reiterated full-year guidance for the CDIY segment, implying the company would recoup (not lose) those sales.

Now coming back to the security segment. The segment generated revenue of $599 million, which increased 1.2% versus 1Q12, beating the estimate of $588 million. Growth of 1% from acquisitions and 1% from favorable currency-rate movements were partially offset by a 1% organic decline. Organic growth of 3% in the North American Convergent Security division and 5% in the mechanical- access security segment was offset by a 5% organic decline in the European Convergent Security Solutions business.

Earnings before tax and interest (EBIT) of $62 million came in below the estimate of $71 million as margins of 10.3% in the segment missed the 12% estimate. EBIT margins were pressured in 1Q13 due largely to a negative mix in North America and the commercial-lock business as well as lower absorption in Europe. The company also identified $15 million in additional cost-cutting that it expects to realize later this year. 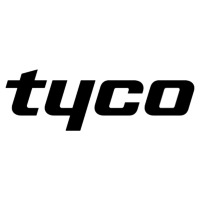