On May 22, the House of Representatives approved a bill declaring that a presidential permit was not needed to approve the Canada-to-Nebraska leg of the Keystone XL pipeline, a move that would take a decision on the project away from the Obama administration.

The Keystone XL Pipeline Project is a proposed 1,179-mile, 36-inch-diameter crude oil pipeline, beginning in Hardisty, Alberta and extending south to Steele City, Nebraska. The project is estimated to cost about $5.3 billion to build and will support the creation of 9,000 jobs on the American portion of the pipeline, and about 2,200 on the Canadian side. The pipeline will have the capacity to transport 830,000Bbls/d (barrels per day) to Gulf Coast and Midwest refineries, reducing American dependence on oil from Venezuela and the Middle East by up to 40%. The projected in-service date is expected for early to mid 2015, depending on the delays for final approval. 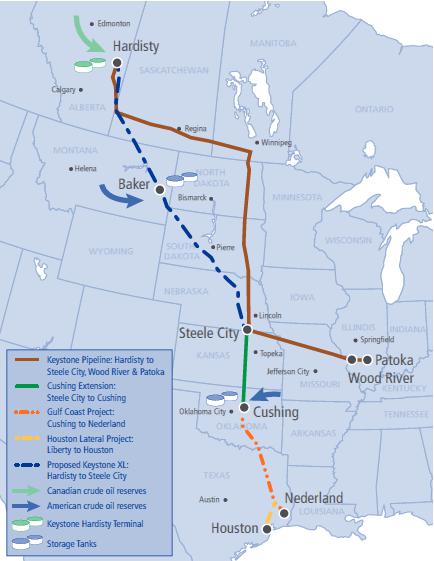 A Long-Awaiting Process Plagued With Hurdles

In May 2012, TransCanada Corporation (NYSE:TRP) filed a new application for a presidential permit with the U.S. Department of State, a requirement for building any cross-border pipeline. TransCanada Corporation (NYSE:TRP) also chose to proceed with the southern portion of its Keystone expansion as a separate project, the Gulf Coast Pipeline Project. In March 2013, the U.S. Department of State released a Draft SEIS (Draft Supplementary Environmental Impact Statement) on Keystone XL that reaffirmed “there would be no significant impacts to most resources along the proposed project route.” However, the project’s environmental opponents disagreed and the EPA (Environmental Protection Agency) rated the State Department’s environmental report as insufficient:

“Based on our review, we have rated the DSEIS as E0-2 “Environmental Objections- Insufficient Information.”

The Republican-controlled House voted 241-175, with less support from Democrats than during the most recent attempt to speed up pipeline approval:

“We’ve waited 1,700 days for this project,” Fred Upton, Republican of Michigan, said as the floor debate wound down, adding that moving oil by pipeline was “safer and more economical” than other methods.

The White House’s Office of Management and Budget said in a memo on Tuesday that the House bill “conflicts with long-standing Executive branch procedures” and that Obama’s advisers would recommend a veto. The House legislation stated that the environmental impact studies already completed would be sufficient to approve the project without the need for additional review, and also calls for legal challenges to the pipeline to be filed within 60 days.

Similar Projects on the Way For TransCanada’s Direct Competitors

Enbridge Inc (NYSE:ENB) is projecting to build the Northern Gateway pipeline, a $5.5 billion project that would provide access to the large and growing international markets in Asia and the U.S. The company has designed a dual pipeline to transport oil with a capacity of 525,000Bbls/d and another to transport condensate with an initial capacity of 193,000Bbls/d. Both pipelines would have about 731 miles in length. However, such a project requires studies and permits, delaying further the beginning of construction. The commissioning of the project is expected for late 2017. 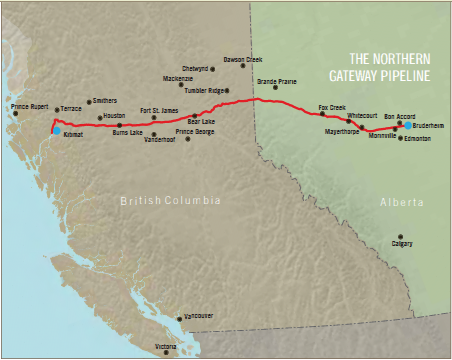