Over the past several decades, India has evolved from being resistant towards change to being one of the most tech-savvy communities worldwide. According to a report by Deloitte, Indian consumers use digital channels for their purchasing, leisure, and entertainment activities to help them become more health-focused and future-oriented. Consequently, the internet penetration rate in India has risen from 4% in the year 2007 to 45% in the year 2021. Even though the percentage is less than half and hence seems low, for a country with a population of 1.37 billion, providing internet services to 45% of the masses is a huge feat.

However, with a significant percentage of the population not being active users of the internet actively in India, there exists immense headroom of opportunity for growth in the next few years. Moreover, the fact that 45% of the population in India use the internet has made India the second in the world in terms of active internet users just after China in the list. Even so, the rate is forecasted to grow by 45%, which would imply that India would have 900 million internet users by the year 2025.

As the people of India become more and more accepting, and consequently more dependent on the internet, the number of internet users in rural parts of the country might even exceed those in the urban areas. In fact, statisticians have predicted that rural India would have a marked rise in internet users and would surpass the number of their urban counterparts. The rise in internet users in the rural areas would also have the effect of reducing the urban-rural digital divide. If the aforementioned predictions hold true, India will become a digitalized economy by the year 2025. The upcoming changes indicate that India would require immense support by its digital infrastructure and ecosystem. The most important role in facilitating the spread of internet connectivity in India, and of digitalizing the country’s economy, would be of internet service providers. Internet companies in India would be required to enhance their existing services in order to allow for the huge surge in users that has been predicted to occur in the near future.

Moreover, to encourage the spread of internet usage in the rural parts of the country, internet companies in India would have to evolve and especially address the specific needs of this evolving demography. The existing internet service providers in India would be forced to enhance their services and fulfill the needs of the newly emerging internet users. Unless companies such as Mahanagar Telephone Nigam Limited (NSE: MTNL.NS), Vodafone Idea Limited (NSE: IDEA.NS), Reliance Jio Infocomm Limited, and Bharti Airtel Limited (NSE: BHARTIARTL.NS) can manage to serve the market, new companies will be established, and existing internet companies will face heavier competition from new players in the industry. 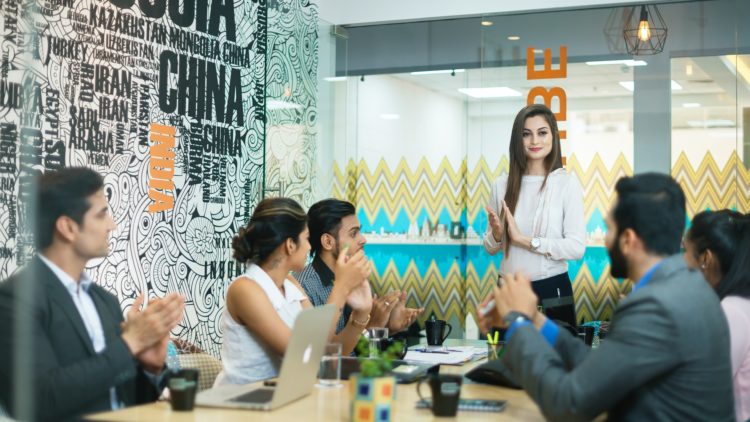 Photo by Smartworks Coworking on Unsplash

With this context in mind,  let’s now discuss the top 20 internet companies in India.

d2h is co-owned by Dish TV and Videocon. D2H is headquartered in Mumbai, India. The company has a market share of 19% in the television services industry. Although the company primarily specializes as a direct-to-home (DTH) television service provider, it also offers wireless internet services and home broadband. The company ranks 20th in our list of the top internet companies in India.

Tikona Infinet Limited (TIL) was established in 2008 by Prakash Bajpai, with its headquarters in Mumbai. Prakash Bajpai currently serves the company as its MD and CEO. Later, Tikona Infinet Limited acquired HCL Infinet in order to expand its services and subscriber base. The company provides wireless broadband, broadband services, and internet services throughout the country. The company ranks 19th in our list of the top internet companies in India.

ACT Fibernet is 17th on the list of top 20 internet companies in India. The company provides wired broadband and internet services through its web of fiber optic technology in various cities in India. Currently, ACT Fibernet provides internet services to over 1.5 million subscribers in 19 different cities. The company specializes in both home and workplace internet usage in the form of their internet and broadband plans. ACT Fibernet has partnered with several companies such as Zee5, SonyLIV, Hungama, and Netflix, Inc. (NASDAQ: NFLX) to offer its customers entertainment.

Spice Digital Limited is headquartered in Noida, India and is a subsidiary of Spice Connect. The company specializes in 3G internet services as well as mobile value-added services, telco solutions, financial technology, enterprise solutions, and digital transformation products and services throughout the country. Moreover, the company also offers services such as web hosting and web designing. Spice Digital Limited is 16th on the list of top 20 internet companies in India.

Reliance Communications Limited (RCOM) is 15th on the list of top 20 internet companies in India.  The company was initially a mobile phone service provider with 2G and 3G services and was based in Mumbai, India. Although the company filed for bankruptcy in 2019 due to high amounts of debt, it renewed its strategy in 2020 and renamed its brand to Global Cloud Xchange. The company currently offers 4-G services, fixed-line communications, data center services, and enterprise solutions as well as subsea cable networks.

Cherrinet solely provides optical fiber broadband internet connections for its customers with speeds of up to 1 Gbps using GPON technology. Cherrinet encourages both home-users and businesses to subscribe to its services as it has specialized plans available for both segments. The brand only caters to some parts of India and offers its premium services only in Chennai. The company is 14th in the top 20 internet companies in India due to its limited coverage in the country.

Atria Convergence Technologies Limited, known commonly as ACT, is 13th on the list of top internet companies in India. The company is a private telecommunications firm headquartered in Bangalore, Karnataka and has a subscriber base of 1.8 million. It was founded in 2000 by Sunder Raju in Bengaluru, after which it acquired Bea, Telecom Private Limited in 2009. Atria Convergence Technologies Limited offers its services only in select cities, namely Gujarat, Rajasthan, Karnataka, Delhi, Tamil Nadu, Telangana, Andhra Pradesh, and Uttar Pradesh. The company provides internet services using fiber optics technology under its brand ACT Fibernet, and television services under another brand ACT Digital.

SITI Networks Limited is a part of the Essel Group, which is one of the leading business conglomerates in India that owns a diverse portfolio in media, packaging, entertainment, technology-enabled services, infrastructure development and education. The company was founded in 1994 under the name Wire and Wireless India Limited (WWIL) and currently operates as a multi-system operator (MSO). It provides services such as digital cable television and broadband internet in addition to Video on Demand, Pay per View, and Over-The-Top content (OTT). The company’s headquarters is in Noida, Uttar Pradesh, and a subscriber base of 11.3 million, SITI Networks Limited is 12th on the list of top 20 internet companies in India.

Shyam Spectra Pvt. Ltd. is 11th on the list of top 20 internet companies in India. It was initiated by Punj Lloyd in 2000 under the name Spectranet. In 2008, the Shyam Group acquired the company and changed its name accordingly. Spectra offers both its home-users and business users all kinds of fiber-optic broadband services and cloud-based services in addition to VoIP, voice solutions, and security solutions. The company currently has a subscriber base of 200,000 and offers its services in 8 selective Indian cities, namely Chennai, Delhi, Ghaziabad, Mumbai, Pune, Noida, Bengaluru, and Gurugram.

Gigatel Networks is an Indian organization the provides broadband services to its customers using the latest technologies known as IPv6 ready. The company is based in South Delhi and offers its customers internet through fiber optics technology and its GPON (Gigabit Passive Optical Network).

Moreover, Gigatel Networks gives its customers the option to choose from various plans on the basis of their data usage and required speed. The company is 10th on the list of top 20 internet companies in India.

You Broadband offers its customers unlimited data, voice connectivity, and value added services such as the subscription to Amazon.com, Inc. (NASDAQ: AMZN) Prime. You Broadband is hence 9th on the list of top 20 internet companies in India. The company has been acquired as a subsidiary of Vodafone Idea Limited (NSE: IDEA.NS) and hence has gained more customers as well as years of experience. Although the bundled broadband plans by You Broadband are limited to the Indian city of Surat, the company offers internet connectivity throughout the country.

Excitel Broadband provides home broadband to customers in 19 metropolitan cities in India such as New Delhi, Jaipur, and Hyderabad. The company offers special packages for users searching for entertainment and gaming so as to fulfill their specific internet usage needs. The internet service provider specializes in providing seamless streaming to its customers to allow them to watch TV shows without any interruption in connectivity.

Click to continue reading and see the Top 5 Internet Companies in India.

Disclosure: None. Top 20 Internet Companies in India is originally published on Insider Monkey.

25 Largest Insurance Companies in the US by Assets

10 Biggest Short Squeezes of All Time

15 Oldest Companies In The World