Run Ye, Junji Takegami and Hoyon Hwang‘s Tiger Pacific Capital is one of the 749 hedge funds in our database that filed a 13F for the June 30 SEC reporting period. It was an exceptional quarter for the collection of hedge funds tracked by Insider Monkey, as approximately 95% of them delivered positive returns on the long side of their portfolios, according to our calculations. In this article, we’ll take a look at the returns and some of the interesting stock picks of Tiger Pacific, during that period.

Out of 5 positions in companies valued at $1 billion or more on June 30, Tiger Pacific’s holdings delivered weighted average returns of 18.9% during the third quarter, a big turnaround from the 15.3% losses that its corresponding picks suffered in the second quarter of the year, according to our calculations. It should be noted that our calculations may be different from the fund’s actual returns, as they do not factor in changes to positions during the quarter, or positions that don’t get reported on Form 13Fs, like short positions.

With that in mind, let’s take a look at the performance of Tiger Pacific’s top picks and see how the fund traded them during the third-quarter as well, as it recently released its 13F for the period.

Noah Holdings Limited (ADR) (NYSE:NOAH) was Tiger Pacific’s top pick on June 30, and remained the fund’s top pick as of September 30, as it held 1.45 million shares at the end of September, down by 5% quarter-over-quarter. The stock returned 8.3% during the third quarter and has been volatile this year. Unfortunately, shares recently tumbled and have given back all of the Q3 gains. 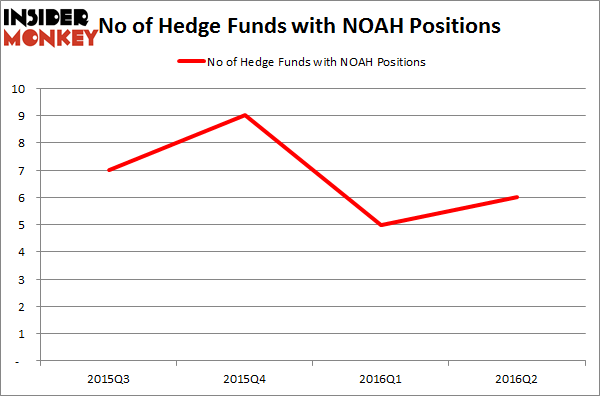 At Q2’s end, a total of 6 of the hedge funds tracked by Insider Monkey were long this stock, up from five a quarter earlier. The largest stake in Noah Holdings Limited (ADR) (NYSE:NOAH) was held by Tiger Pacific, and was valued at $36.6 million at the end of June. It was followed by Ariose Capital with a $7.5 million position. Other investors bullish on the company included Keywise Capital Management, Millennium Management, and HBK Investments.

Now let’s move on to Autohome Inc (ADR) (NYSE:ATHM), another of the fund’s China-based stock picks. Tiger Pacific again trimmed some of its stake in the strong-performing equity, which returned 20.6% during the third quarter. The fund’s position stood at 1.27 million shares on September 30, down by 4% from the end of June. A Special Committee recently withdrew its going private proposal dated April 16 and was dissolved.

14 of the hedge funds tracked by Insider Monkey were bullish on this stock as of June 30, a 27% jump from one quarter earlier. Among these funds, Select Equity Group held the most valuable stake in Autohome Inc (ADR) (NYSE:ATHM), which was worth $42 million at the end of the second quarter. On the second spot was Tiger Pacific Capital’s $26.6 million position. D E Shaw, Tairen Capital, and Two Sigma Advisors were also bullish on Autohome Inc (ADR) (NYSE:ATHM).

Head to the next page for a look at two more stock picks of Tiger Pacific.