This Under-The-Radar Stock Could Save A Buffett Favorite Millions

One of his recent favorites is DaVita HealthCare Partners Inc (NYSE:DVA), which operates a network of dialysis treatment centers in the United States catering to patients that have diabetes-induced kidney failure. Buffett’s Berkshire Hathaway Inc. (NYSE:BRK.B) has been a steady buyer for several years and now owns nearly 30 million shares, equating to a $1.8 billion stake. 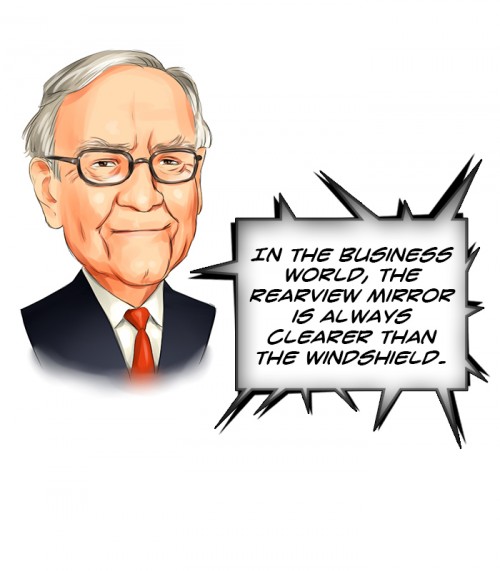 But DaVita has a big problem on its hands. Dialysis is expensive, and the two biggest payees for this procedure, Medicare and Medicaid, have been pushing DaVita and its rival Fresenius Medical Care AG & Co. (ADR) (NYSE:FMS) to swallow painful reimbursement cuts.

It’s not just the administration of dialysis that is costly. Many patients end up with side effects related to iron deficiency and red blood cell production, which costs billions more to remedy. And these costly treatments don’t even yield the desired medical outcomes.

Thankfully, one of the biggest providers of the drugs and chemicals used in dialysis has a solution to the problem. Little-known Rockwell Medical Inc (NASDAQ:RMTI) has been testing an iron supplement that goes right into bone marrow.

Patients on dialysis stop producing erythropoietin, a key ingredient in the production of red blood cells. A 2012 IMS Midas study found that almost all dialysis patients — more than 400,000 in the U.S. and more than 2 million worldwide — suffer from anemia.

In response, drug companies have been selling erythropoiesis-stimulating agents (ESAs), which help produce red blood cells, but a great deal of iron is consumed in the process. As a result, patients need to receive iron on an intravenous (IV) basis, though the current IV drips end up storing much of the iron in the kidneys instead of the bloodstream where it should be circulating.

Rockwell’s solution: soluble ferric pyrophosphate (SFP), which it plans to market under the trade name Triferic. The drug has completed all three phases of FDA-mandated clinical trials, with stellar results in terms of efficacy and safety. SFP has much smaller molecules than iron-based compounds, which is why it doesn’t get ensnared in the liver as iron supplements do. That allows doctors to administer much smaller doses of SFP than they have been doing with iron supplements. The risk of anaphylactic shock from too much iron in the liver is one of the greatest risks for patients on dialysis. SFP appears to eliminate that risk.

Moreover, SFP is far simpler to administer, and as a result, costs less money for firms such as DaVita to administer them. The more targeted action of SFP allows for smaller dosing of costly ESA drugs as well. Rockwell believes that DaVita and others will cut their total spending on ESAs from $2 billion annually to around $1.4 billion annually, a $600 million savings. And that’s just in the U.S.

Stifel Nicolaus analyst Annabel Samimy figures Rockwell will be able to benefit from those savings by charging firm pricing: “If SFP shows 10% ESA-sparing, SFP can theoretically save about $700 per patient per year in costs of ESA, assuming an annual EPO cost of $7,000. Of that $700, Rockwell (could) share the savings with dialysis centers, resulting in improved SFP margins well above 90%.” That works out to sales of more than $200 million annually, with solid profit margins.

Shares of RMTI have rebounded from a collapse seen this spring and summer, when it looked as if the company could run short of funds. A round of subsequent financings have re-bolstered the balance sheet, letting investors again focus on the potential for Triferic.

For a bit of context, Rockwell currently has a market value of around $455 million, but could be worth much more if Triferic is approved by the FDA and hits the market in the next 12 to 15 months. The FDA’s approval should never be taken as a given, but it’s increasingly clear to investors that Triferic’s solid efficacy/safety profile sets the stage for a high chance of approval.

On Nov. 7, the company will discuss Triferic at the American Society of Nephrology. This represents the largest medical audience yet for the company, and these types of events often serve as a catalyst for increased investor awareness.

Assuming $200 million to $250 million in annual sales for this drug, coupled with the other current and future drugs in its pipeline, Rockwell could see a total annual revenue opportunity in excess of $400 million, not far from its current market value. Investors often place a value of two times revenue or more on a stock with patent-protected drugs that face little competition. That means shares could work their way toward $20 over the next year or so, especially if Triferic gets FDA approval.

P.S. Imagine joining Buffett, Soros, Icahn and 17 others for a roundtable discussion of their absolute best stock picks. Now, imagine taking those picks and applying a little-known Wall Street trading strategy that tells you when to buy and when to sell these picks. The result is a system that beats the market by more than 2 to 1. Click here to grab your seat at The Billionaires’ Roundtable…

This article was originally published at ProfitableTrading.com
Little-Known Company Could Save a Warren Buffett Favorite Millions