This Metric Says You Are Smart to Sell World Wrestling Entertainment, Inc. (WWE)

To many market players, hedge funds are seen as bloated, old investment vehicles of a period lost to current times. Although there are In excess of 8,000 hedge funds in operation in present day, this site focuses on the leaders of this club, around 525 funds. It is assumed that this group has its hands on the majority of all hedge funds’ total capital, and by tracking their best picks, we’ve unearthed a number of investment strategies that have historically outstripped the broader indices. Our small-cap hedge fund strategy beat the S&P 500 index by 18 percentage points per annum for a decade in our back tests, and since we‘ve began to sharing our picks with our subscribers at the end of August 2012, we have outpaced the S&P 500 index by 33 percentage points in 11 months (find the details here).

Equally as crucial, bullish insider trading sentiment is a second way to analyze the world of equities. Just as you’d expect, there are plenty of reasons for a corporate insider to get rid of shares of his or her company, but just one, very simple reason why they would buy. Many academic studies have demonstrated the valuable potential of this method if “monkeys” understand where to look (learn more here).

Now that that’s out of the way, it’s important to study the newest info about World Wrestling Entertainment, Inc. (NYSE:WWE).

In preparation for the third quarter, a total of 9 of the hedge funds we track were bullish in this stock, a change of -25% from the first quarter. With the smart money’s sentiment swirling, there exists an “upper tier” of notable hedge fund managers who were upping their stakes considerably.

Out of the hedge funds we follow, Mark Travis’s Intrepid Capital Management had the largest position in World Wrestling Entertainment, Inc. (NYSE:WWE), worth close to $33.2 million, accounting for 5.8% of its total 13F portfolio. On Intrepid Capital Management’s heels is Jim Simons of Renaissance Technologies, with a $20.8 million position; the fund has 0.1% of its 13F portfolio invested in the stock. Other peers that are bullish include Chuck Royce’s Royce & Associates, Mario Cibelli’s Marathon Partners and Ken Griffin’s Citadel Investment Group.

Judging by the fact that World Wrestling Entertainment, Inc. (NYSE:WWE) has faced dropping sentiment from the entirety of the hedge funds we track, it’s easy to see that there were a few hedge funds that decided to sell off their positions entirely heading into Q2. Intriguingly, Joel Greenblatt’s Gotham Asset Management cut the largest investment of the 450+ funds we key on, totaling an estimated $0.6 million in stock. Israel Englander’s fund, Millennium Management, also said goodbye to its stock, about $0.5 million worth. These moves are interesting, as total hedge fund interest dropped by 3 funds heading into Q2.

Legal insider trading, particularly when it’s bullish, is most useful when the company in focus has seen transactions within the past 180 days. Over the last six-month time period, World Wrestling Entertainment, Inc. (NYSE:WWE) has experienced zero unique insiders buying, and zero insider sales (see the details of insider trades here).

We’ll also take a look at the relationship between both of these indicators in other stocks similar to World Wrestling Entertainment, Inc. (NYSE:WWE). These stocks are Starz (NASDAQ:STRZA), Live Nation Entertainment, Inc. (NYSE:LYV), IMAX Corporation (USA) (NYSE:IMAX), Promotora de Informaciones S.A. (NYSE:PRIS), and Bona Film Group Ltd (ADR) (NASDAQ:BONA). All of these stocks are in the entertainment – diversified industry and their market caps match WWE’s market cap.

The E.W. Scripps Company (SSP) Is A New Position in This Hedge Fund’s... 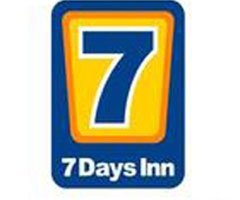