The mighty Hewlett-Packard Company (NYSE:HPQ) was founded in 1939 by Bill Hewlett and Dave Packard. Working from a home garage, the two engineers managed to pioneer the art of technological innovation. For many decades, if you stumbled upon some great device, be it a printer or an IT device, most chances are that it belonged to HP. But today, the company is merely a shadow of its former self. In the past decade, HP has been constantly losing in the fight over technological superiority in all segments.

I strongly believe that HP won’t be around for long. It will be forced to close shop sooner rather than later due to these two strong catalysts.

Catalyst #1: Deteriorating sales across the board 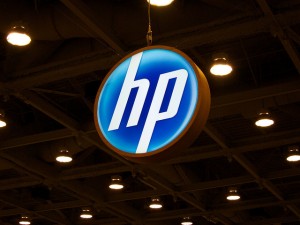 For years, printers were Hewlett-Packard Company (NYSE:HPQ)’s crown jewel. In 2003 and 2004, Printing generated more than 70% of HP’s operating income. One of HP’s most profitable strategies was to partner with superb software companies like Microsoft Corporation (NASDAQ:MSFT), sell you a computer, and practically give you a printer to go with it. It could then make money selling you high-priced replacement ink cartridges. This worked well for a while. Today, though, the shrinking sales and margins suggest this business model is falling apart. The PC market is shrinking and Hewlett-Packard Company (NYSE:HPQ) is rapidly losing market share. And even if HP can make headway in the exploding tablet market, that won’t help the Printing division… people don’t print from tablets.

Let’s see how things stack up for the rest of its business.

Hewlett-Packard Company (NYSE:HPQ) is a horrible serial acquirer. It buys just about anything that moves…and it likes to pay top dollar for it. In November 2012, a year after paying $11 billion for a software company called Autonomy, HP’s management announced that it had overpaid by about $9 billion… and that’s not the only example. HP bought Palm in 2010 for $2 billion, and EDS in 2008 for $13 billion. After the dust had settled and the excitement waned… Hewlett-Packard Company (NYSE:HPQ) was forced to write off $1 billion and $8 billion on these two recent acquisitions, respectively.

True, even the best companies sometimes make acquisition mistakes. International Business Machines Corp. (NYSE:IBM), for instance, took a massive write-off of $8.8 billion on restructuring charges back in July 1993. A year ago, Microsoft Corporation (NASDAQ:MSFT) reported taking a $6.2 billion non-cash charge to account for its disappointing 2007 acquisition of Internet advertising firm aQuantive. But keep in mind that Microsoft and IBM are six times the size of HP… and these write-offs were one time blips. With HP, write-offs aren’t the exception to the rule – they are the rule.

These massive write-offs indicate that HP’s management doesn’t have the first clue on how to price target companies. It’s down-right embarrassing. I believe it’s only a matter of time before some huge write off happens resulting in a total wipe-out of the company’s equity.

This Fool looks ahead

Hewlett-Packard Company (NYSE:HPQ) hasn’t proven itself. It isn’t the technological innovator that it used to be, and it has been losing sales in all segments. If you add to that the company’s terrible acquisition track record – you’ve got yourself a ticking time bomb. I recommend you stay away from it.

The article The Ultimate Demise of Hewlett-Packard originally appeared on Fool.com and is written by Shmulik Karpf.