The Kroger Co. (KR): This Grocer Could Continue To Outperform

The general thesis is that grocery stores have steady revenues and consistent profits because “people need to consume.” But, shares of The Kroger Co (NYSE:KR) have risen by around 45% over the last year, yet its shares appear to be undervalued. Naturally, one may question the overly optimistic estimates and conclude that the deal is too good to be true. Yet, here are a few reasons why The Kroger Co (NYSE:KR) appears to be a great investment option, even after its recent rally. 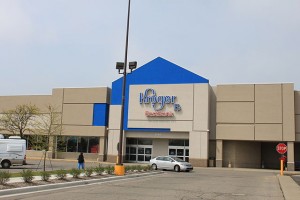 It’s a well-known fact that there’s an ongoing shift toward healthier, more nutritional food products. To capture the growing health conscious market, The Kroger Co (NYSE:KR) re-branded and expanded its product lineup of organic foods (Simple Truth and Simple Truth Organic) last year. The company claims these items to be free from the 101 artificial ingredients that are known to be harmful to human health, but are still used by other manufacturers to reduce costs and retain taste.

Its management stated that the company added 588 new products in the corporate brands category last year, most of which include organic offerings. Driven by strong demand for organic products, corporate brands exceeded the company’s internal sales growth estimates by 33%. This is a huge achievement for The Kroger Co (NYSE:KR), since its corporate brands account for 27% of total grocery department sales.

As a result of these strong sales, The Kroger Co (NYSE:KR) reported fourth quarter revenue of $24.2 billion, which rose by an impressive 12.8%, compared to last year’s quarter. This was partly because the company operated for an extra week. On adjusting for the extra week, its sales were up by 3.7%, while its net earnings rose by 22%, which is nothing short of spectacular.

The Kroger Co (NYSE:KR) isn’t the only grocer that sells organic food items. Shares of Safeway Inc. (NYSE:SWY) have risen by nearly 65% over the last six months, mainly due to the recovering traffic and volumetric growth. On a quarterly basis, the grocer derived 45% of its revenue from its loyalty program, while profits surged by 58%. Its shares were upbeat after management released its annual EPS guidance of $2.25-$2.45, which was higher than the street’s estimates.

Another peer, Whole Foods Market, Inc. (NASDAQ:WFM) is mostly leveraged toward organic foods, and practically introduced organic foods on a massive scale in the first place. The grocer reported over 30% growth in its FY12 EPS, yet its shares have declined by nearly 10% over the last six months. This was because revenue missed the Street’s estimates, suggesting a possible slowdown in its spectacular growth rate. Furthermore, its management lowered guidance for revenue growth to 10%-11% for the remainder of 2013, which was lower than the Street’s estimates.