Dell Inc. (NASDAQ:DELL) and Herbalife Ltd. (NYSE:HLF) have been two of the most widely discussed stocks on the financial blogosphere of late, and one very wealthy man has been right in the middle of it.

Of course we’re talking about the iconic Carl Icahn, the $20 billion hedge fund manager of Icahn Capital. Although Icahn uses his fund solely to manage his enormous fortune, he’s still a very motivated activist, with profitable positions in Netflix, Inc. (NASDAQ:NFLX) and Chesapeake Energy Corporation (NYSE:CHK) over the past year.

It’s two other positions that have garnered the most attention from Icahn lately, though, in computer giant Dell, and multi-level marketing company Herbalife. 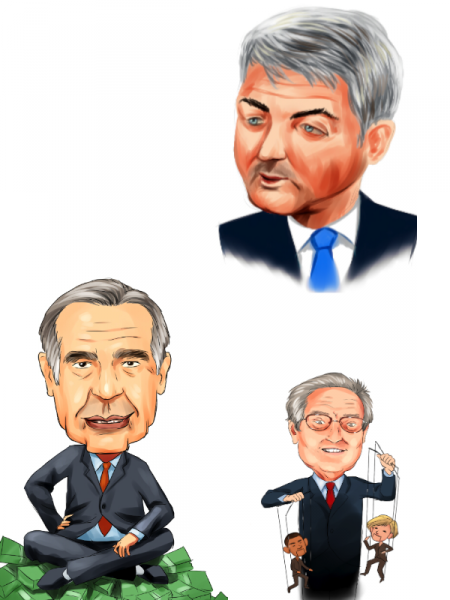 In case you’re new to the entire Icahn-Bill Ackman-Herbalife triangle, here’s a brief synopsis. Since bottoming out near $26 a share in mid-December due to allegations from Ackman and Pershing Square that the company was a “pyramid scheme,” the stock’s price has rebounded by 140%.

It’s really as simple as that, frankly, as sheepish selling gave way to bullish pressure, and mega-investors like Icahn and George Soros have since given their support.

Ackman, amazingly, has not “covered a single share”  of Herbalife Ltd. (NYSE:HLF) as of last week according to CNBC.

Dell Inc. (NASDAQ:DELL), on the other hand, has seen Carl Icahn take a near-9% stake in the company. The billionaire is pushing for shareholder support of a tandem bid from him and Mason Hawkins’s Southeastern Asset Management, which is estimated to value the company between $15.50 and $18 a share.

Standing opposite Icahn and Hawkins is Dell founder and CEO Michael Dell, who plans to take the company private by paying $13.75 a share. Both sides collide in a shareholder vote on September 12th.

An inside look at Carl Icahn’s mindset

Thanks to our friends at the FOX Business Network, we’ve obtained an inside look into Carl Icahn’s thoughts on both Herbalife and Dell. The hedge fund manager’s exclusive interview with the network aired earlier this afternoon.

“No. if we win – it’s not a personal thing – Michael Dell will not be there. I have made a great deal of money replacing CEOs that shouldn’t be there and that’s one of the troubles of America – corporations today. You have a lot of CEOs that boards do not hold accountable that shouldn’t be there. They’re not bad people but it’s like having a football player that shouldn’t be on the football team anymore. If I don’t get it, I think I’ve done a good job for shareholders because we’ve at least got the price up somewhat, did better than the board. But if we get it I think we will be accomplishing a lot more for those shareholders that wish to remain.”

The information that everybody wanted to know, though, was the billionaire’s thoughts on Herbalife and Bill Ackman, to which Icahn hilariously noted, “As you know, I don’t like Ackman, but I like him now. Anybody who makes me $500 million, I have to like.”

On his outlook for Herbalife stock moving forward, Icahn said that he believes “Herbalife is going a lot higher” and that “it’s got great potential, it makes a great deal of money.” He added:

We mentioned George Soros’s recent position in Herbalife Ltd. (NYSE:HLF) above; it’s important to realize that some critics have thrown out the words ‘market manipulation,’ to which Icahn called those claims “an absurdity.” On Bill Ackman’s role in this, Icahn’s words were sharp:

“The issue is Soros is a great investor, love having him in. I didn’t talk to him but it’s an absurdity to listen to Ackman saying these people are ganging up on me. What the hell has he done? When he has a position, he filled the room with 300 people and bad-mouthed Herbalife over and over again and he still does. It’s almost laughable and now he’s talking about a few hedge fund guys meet and discuss the company. I wasn’t at those meetings, I have to say, I wasn’t invited to go to them. I might have gone, I don’t think there’s anything wrong with that, but the irony is Ackman is saying it.”

Obviously, Carl Icahn is still dug very deeply in Herbalife Ltd. (NYSE:HLF) and Dell Inc. (NASDAQ:DELL), and he did tell the FBN folks that he might just have a new position in waiting, saying, “we may put something out on it relatively soon.”

He also added that any mention of a new position would likely be via Twitter, so keep an eye on @Carl_C_Icahn and @insidermonkey for updates.