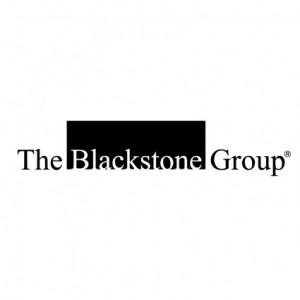 Now, Carl Icahn and The Blackstone Group L.P. (NYSE:BX) have entered the fray.

Micheal Dell and Silverlake (both large shareholders in Dell) originally offered $13.65 per share to acquire all of the remaining shares they didn’t already own.

Icahn, sensing opportunity, believed $13.65 was too low. In a filing with the SEC, Icahn stated that he believed Dell was worth as much as $22.81 per share. Icahn said he believed Dell Inc. (NASDAQ:DELL) could issue a special $9 dividend, which would leave the “stub” to be worth another $13.81 per share. Icahn has since simplified his position, suggesting that he would acquire several billion dollars in Dell Inc. (NASDAQ:DELL) shares at $15 each. Current shareholders would hold onto the right to participate in the “new Dell Inc. (NASDAQ:DELL),” whereas existing shareholders would have no participation in Micheal Dell’s original take-private offer. Icahn will only buy up to 58% of Dell in his $15 bid – no more, no less. The remaining 42% of shareholders would have to stay on-board.

The Blackstone Group L.P. (NYSE:BX) proposed paying $14.25 for Dell Inc. (NASDAQ:DELL) shares as part of its own take-private offer. The Blackstone Group L.P. (NYSE:BX)’s offer will allow existing minority holders to participate. However, the company intends to acquire any and all shares that it can at $14.25. If it can acquire all holders at that price, then it will certainly do so. If not, it will allow minority holders to participate.

Hopping on this crowded trade

A three-horse race makes the bidding war for Dell Inc. (NASDAQ:DELL) more interesting than it otherwise might be. The dynamics in a three-ended bidding war often end up much better for shareholders than only two participants. While no other parties have submitted bids to acquire Dell, new parties can join in on a partnership with any of the three current bidders.

At or around $14.60 per share, Dell makes for a good low-risk bet on a higher bid. Maximum downside is $0.95 per share on the off-chance that Dell is sold to Micheal Dell and partners at a price that is, so far, the lowest offer on the table. This is highly improbable.

The second-worst outcome is a $0.35 loss per share if The Blackstone Group L.P. (NYSE:BX) takes the cake with a $14.25 bid. Investors would be able to hold onto their shares for future upside.

On the other hand, the current price also offers upside. If Icahn steals the bidding war at $15, investors can grab an immediate profit of $0.40 per share.

Here is What Hedge Funds Think About The Blackstone Group L.P. (NYSE:BX)