The Best Is Yet To Come: A Sinatra Classic But Not A Microsoft Rallying Cry

Microsoft Corporation (NASDAQ:MSFT) generated a lot of interest on Wall Street last year after it surged 40% in the 12 months through November, seemingly ending its decade-long status as a laggard. MSFT hadn’t registered gains of that caliber since before the dot-com bust of 2000. In the period since then, share prices have slumped in a familiar range, reminding investors of Microsoft’s lost decade in which unknowns like Google Inc (NASDAQ:GOOG, GOOGL), Apple Inc. (NASDAQ:AAPL), and Facebook Inc (NASDAQ:FB) whizzed by. Hedge funds like ValueAct Capital and First Eagle have been along for the ride with ValueAct holding 75.3 million shares and First Eagle holding 34.4 million shares at last count. We take note of how hedge funds are trading Microsoft Corporation (NASDAQ:MSFT) and other stocks because our research shows that their stock picks, particularly on the long side, have delivered alpha (read the details here), while their short positions are more dubious. As updated filings come in over the next weeks, we expect that funds in aggregate will have shaved their positions in MSFT reflecting gains already realized and because of MSFT’s more shaky position today than in years past. 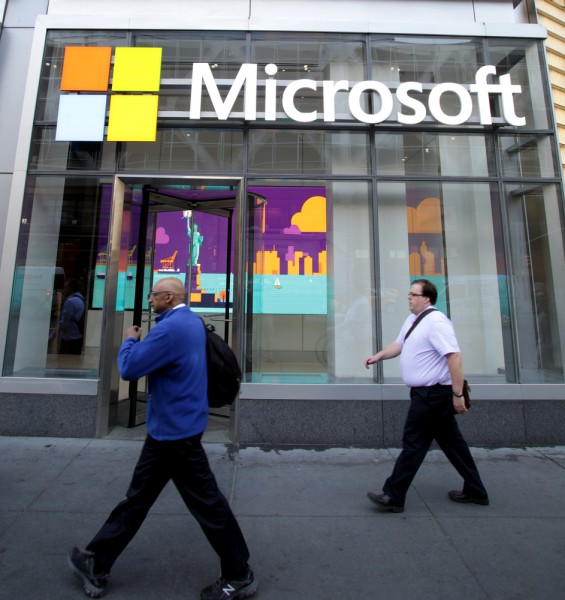 Revenue and earnings on different paths

Microsoft Corporation,, which is one of the biggest software companies in the World, has solidified its standing as a global tech powerhouse over the past several years, but intensifying competition from a dynamic technology sector has put the firm in a perennial state of catch-up. MSFT has grown its revenue by 34% over the past five fiscal years, but its EPS has declined 45%. Over the same period, AAPL increased revenues by a staggering 180% and EPS even more – by 199% – mostly on the strength of mobile device sales, a market which MSFT has all but abandoned.

MSFT is not unlike its peers in terms of revenue and earnings, but has seen its growth curve limited by its competitors’ domination of emerging technology platforms like mobile and cloud computing. International Business Machines Corp. (NYSE:IBM) gets beat up a lot for its lack of growth, but the chart below shows the greater divergence between MSFT’s revenue and profits than IBM’s as well as the other listed companies’.