Atmel Corporation (NASDAQ:ATML)‘s stock quickly ranked as one of the top gainers in Monday trading session after the announcement that it will be acquired by the London-based Dialog Semiconductors. The stock of the developer of microcontrollers gained around 16% in the first hours of trading on the back of the $4.6 billion cash-and-stock deal. Under the terms of the merger, that is planned to be completed by the end of March, 2016, shareholders of Atmel will receive $4.65 in cash and 0.112 of Dialog’s American Depository Shares that it intends to list on the New York Stock Exchange or NASDAQ (the company currently has its stock listed in Germany and trades in the US only on the over-the-counter market). 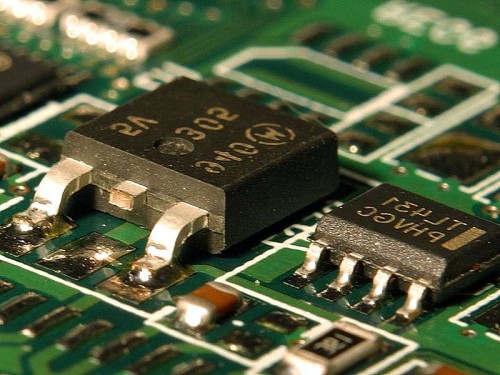 It’s interesting to observe that large investors, such as hedge funds, have been betting on such a development regarding Atmel Corporation (NASDAQ:ATML). The company witnessed a large increase in popularity with the top 15 shareholders, among the funds we track, either initiating stakes or boosting their holdings during the second quarter. We find the hedge fund sentiment an important metric while picking an investment, because this type of investors employ a lot of skills and resources while analyzing companies and our research showed that this fact makes them perfect investors to emulate. We analyzed equity portfolios of several hundred hedge funds from the period between 1999 and 2012 and determined that their most popular picks underperformed the market by around 7 basis points per month on average, due to the fact that these companies are widely followed and more efficiently priced. On the other hand, hedge funds’ small-cap picks managed to beat the market by almost one percentage point. Our small-cap strategy is concentrated around 15 favorite small-cap stocks among hedge funds and it returned 118% over the last 36 months and beat the S&P 500 ETF (SPY) by over 60 percentage points (read more details here).

With this in mind, let’s take a closer look at the hedge fund sentiment that surrounded Atmel prior to its acquisition by Dialog Semiconductor. At the end of June, 36 funds from our database held $364.64 million worth of Atmel’s stock, which represented 8.90% of the company and made it the most popular tech stock under $10 among hedge funds. This is another fact that confirms, why it’s important to pay attention to the hedge fund sentiment. During the second quarter, the number of investors with long positions went up by eight, while the total value of their holdings surged from $202.18 million disclosed as of the end of March.

More specifically, George Soros‘ Soros Fund Management held the largest position in Atmel Corporation (NASDAQ:ATML), raising it by 64% during the second quarter to 5.17 million shares. Panayotis Takis Sparaggis’ Alkeon Capital Management and Dmitry Balyasny’s Balyasny Asset Management climbed on the second and third spots after having boosted their stakes by 413% and 135% to 5.13 million shares and 4.72 million shares respectively. Among the investors that initiated new stakes, Carl Tiedemann and Michael Tiedemann’s TIG Advisors and Jim Simons’ Renaissance Technologies lead the way with holdings of 1.84 million shares and 1.51 million shares.

On the other hand, several investors unloaded their positions in Atmel Corporation (NASDAQ:ATML) during the second quarter, amid a 20% growth registered by the stock between April and June. Among them, Amy Minella’s Cardinal Capital closed its stake of 2.42 million shares, while Clint Carlson’s Carlson Capital sold off 675,000 shares.

To conclude, even though Atmel Corporation (NASDAQ:ATML) was acquired and does not leave a lot of opportunities to explore for smaller investors, it’s still important to pay attention at how investors have been trading it, because their sentiment was right on the money. This shows why it’s important to follow hedge funds’ most popular picks in the small cap space, such as the top healthcare stocks under $10 that they are bullish on.