If you are planning to learn a foreign language, you might like to know which is the easiest second language to learn, being a native English speaker (and this is an important point, as different languages are easier or harder to learn depending on the learner’s native tongue). 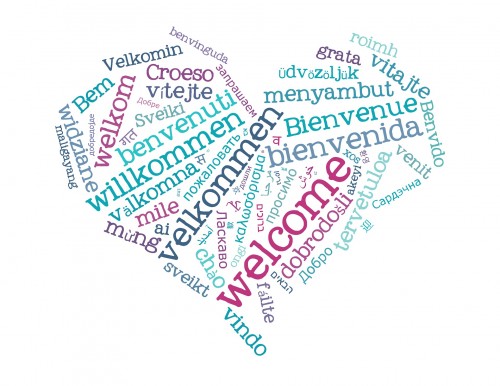 We should start by admitting that those who have English as their native language, regardless of their nationality, generally have it easy when it comes to communicating with foreigners, considering that English has become the lingua franca of the 21st century. English is ubiquitous, and therefore most native speakers of the language don’t feel the need to learn a second language. Nevertheless, there are still some who choose to pick up the study of an alien tongue, and explore its richness and cultural value.

While they may not be vitally important for travelers, in the globalized era we live in, language skills are still crucial for professionals. Just have a look at our list of the Top 6 Most Respected Professions that Also Pay Well and ask for yourself whether having a second language is useful in some of those careers. In fact, learning a second language proficiently can lead to new careers in and of itself, such as becoming an ESL teacher to natives of that language, or even a translator.

Compiling this list was no easy task, for the ease of a language cannot be established in a mathematical, unbiased way. In fact, this countdown is inevitably subjective, and definitely open to debate. However, we found a great starting point for our research in the language difficulty ranking created by the Foreign Service Institute, where languages are categorized regarding their closeness to English, and the estimated time to learn them. All the languages in this countdown fall under Category I of the ranking; being the closest languages related to English, and taking approximately 23-24 weeks to learn them (575-600 hours).

Let’s take a look at the countdown and find out which is the easiest second language to learn for English speakers.

Like any Romantic language, French poses some grammatical difficulties for the English speaker, including gendered nouns, many verb forms, and pronunciation; this last one being particularly difficult for its silent letters, variety of vowel sounds and foreign sounds to the English language. Nevertheless, French is one of the easiest Latin-derived languages for English native speakers to learn because of the lexical influence French had upon English during the Norman occupation. Up to one-third of today’s English has been influenced by French, according to linguists.

The countdown of the easiest second language to learn for English speakers continues on the next page with another European-based language.

Burger Kings: The 10 Most Expensive Burgers in the World

The 10 Most Ethnically Diverse Countries in the World

The 10 Most Exclusive Credit Cards in the World

The 10 Most Expensive Cruise Ships in the World