Want to know which countries have the largest prison populations in the world right now? You might not know this, but at the moment there are more than 10.2 million prisoners around the world. And, where are they? Well, in order to answer that question, we’ve compiled this list of the countries with the highest incarceration rates, i.e. the most prisoners per 100,000 of the nation’s population. 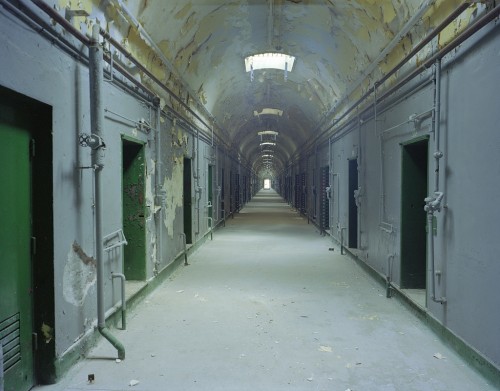 Prisons can be traced back to ancient times, when social organization shaped into the form of a state. Still very much in use nowadays, detention facilities are the most common form of punishment for a wide variety of crimes. Prison sentences can be longer than you imagine; just check out our list on The 6 Longest Prison Sentences Ever Given and find out how incredibly long someone be left to rot in jail (if only they could actually live that long).

In compiling our list, we resorted to the International Centre for Prison Studies, a research center at the University of Essex that has been devoted to the study of prisons and imprisonment since 1997. Moreover, their aim is to raise awareness on how imprisonment should be used and to contribute to improving imprisonment policies. In addition, the Centre seeks to call on those governments with high and rising rates of imprisonment, and urge them to reduce their incarceration rates.

At the moment, one of the Centre’s biggest concerns is the rising rate of the world prison population and the inappropriateness and ineffectiveness of the measure. Some disturbing findings regarding the United States include: almost half the world’s prisoners are in that country, China or Russia. That the USA is the biggest prison user in the world. And that in the United States there are 4,575 incarceration establishments, an impressive and upsetting amount.

Are you curious about the largest prison populations in the world? Will the U.S actually lead the list in prisoner rate in addition to overall prisoners? Let’s take a look at the countdown and find out which are the countries with the highest incarceration rates.

Occupancy level (based on official capacity): 247.3% (don’t ask how they are crammed so full)

Occupancy level (based on official capacity): 103.7%

Occupancy level (based on official capacity): 69.4%

T16. St. Vincent and the Grenadines

Occupancy level (based on official capacity): 84%

Occupancy level (based on official capacity): 120.3%

Five down, 15 to go on the list of the largest prison populations in the world. Keep reading on the next pages.