Smart money have been warning about the burst of the biotech bubble for a while now and it looks like they have been right on the money. NASDAQ Biotechnology Total Return Index inched down by 0.30% on Wednesday, amid a huge slump of several stocks, notably Theravance Inc (NASDAQ:THRX), Flexion Therapeutics Inc (NASDAQ:FLXN), and Tetraphase Pharmaceuticals Inc (NASDAQ:TTPH). Hedge funds have been cautious regarding these companies as our data from the latest round of 13F filings showed. Let’s take a closer look at each of these three companies and see what hedge funds think about them. 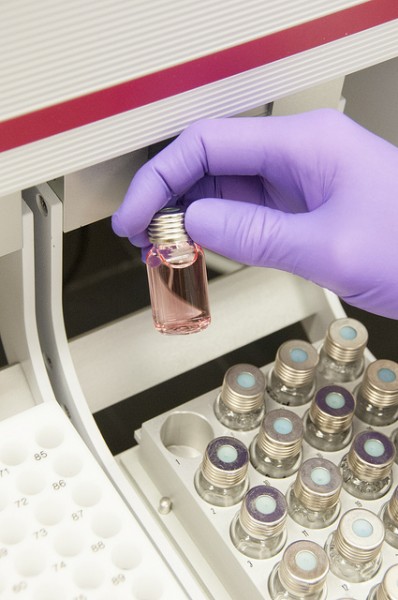 We think that following the hedge fund sentiment is an important metric for a piggyback investor, because our research has shown that following hedge funds into some of their individual picks can be a great way to outrun Mr. Market. We conducted backtests using 13F filings of a large pool of hedge funds filed between 1999 and 2012 and we noticed that their most popular picks (mostly large- and mega-cap companies) underperformed the S&P 500 Total Return Index by an average of seven basis points per month. However, when it came to their small-cap ideas, they generated returns of nearly one percentage point in excess of the benchmark. Based on these results, we have developed a strategy based on imitating a portfolio of 15 most popular small-cap stocks among over 700 hedge funds and it has returned 118% since it was launched in August 2012, beating the S&P 500 ETF (SPY) by more than 60 percentage points (read more details here).

With this in mind, let’s take each company one by one, starting with Theravance Inc (NASDAQ:THRX), whose stock slumped by 15% yesterday, and extended the loses today, falling by more than 13% in intra-day trading. The slide was mainly impacted by the announcement that Theravance and GlaxoSmithKline plc (ADR) (NYSE:GSK)’s inhaled medicine Breo did not prolong the life of patients with chronic respiratory disease in a clinical trial involving 16,500 people. Investors were betting on the trial, which would have increased the sales of the drug approved in 2013 for the treatment of Chronic Obstructive Pulmonary Disease (COPD). GlaxoSmithKline, being larger than Theravance, was not affected as much by the news, as its stock slid by only 0.40% today.

Analysts also haven’t waited long to provide their take on the Breo trial results. Earlier today, Bank of America downgraded Theravance Inc (NASDAQ:THRX)‘s stock to ‘Neutral’ from ‘Buy’ and lowered the price target to $13 from $16, while Robert W. Baird cut its price target to $14.00 from $18.00. In terms of hedge fund sentiment, Theravance also didn’t attract much attention during the second quarter, as the number of funds with long positions (among those we track) remained flat at 11, while the value of their holdings went up to $795.64 million from $652.90 million, amid a 17% appreciation of the stock during the same period. The only positive aspect is that these investors held nearly 38% of Theravance Inc (NASDAQ:THRX)’s outstanding stock at the end of June. However, among these funds, Seth Klarman’s Baupost Group owns 19.82 million shares worth $358.08 million, which represents nearly a half of the aggregate value stated earlier.

Let’s move on to Flexion Therapeutics Inc (NASDAQ:FLXN), whose stock slumped by nearly 30% today, affected by top-line results of its lead drug candidate FX006. The drug, which is developed for pain relief in patients with moderate to severe osteoarthritis knee pain. Flexion Therapeutics Inc (NASDAQ:FLXN)’s trial involved 40 mg of the drug, compared to placebo and it showed a statistically-significant average pain relief over weeks 1 to 12 and 1 to 24. However, the primary endpoint of the trial, which was expected to show superiority in pain relief at 12 weeks did not display any statistically-significant results, hence the stock’s decline. Investors were not convinced by the statistical significance showed by a pre-specified commonly applied sensitive analysis that includes patient dropouts.

Hedge funds from our database also didn’t get their hopes up regarding Flexion Therapeutics Inc (NASDAQ:FLXN), as at the end of June the number of investors bullish on the stock decreased to eight from nine, while the total value of their stakes fell slightly to $42.32 million, which represented 9% of the company at the end of June. Moreover, among these investors, Mark Kingdon‘s Kingdon Capital held the largest stake at the end of June, which amassed 1.07 million shares worth $23.38 million.