Smart Money Disagrees with Goldman Sachs on These Five Small-Caps

Many believe that small-cap stocks have been overvalued for a while now, due to a lower interest rate environment that allows companies to acquire cheap debt and use it to artificially increase their stock prices rather than invest in viable projects. The Russell 2000 Index has surged by 60% in the last five years and in a recent report, Goldman Sachs expressed concerns regarding the current state of the small-cap space, saying that “the aggregate metric [P/E] continues to be biased upward by negative earners, which make up a larger part of the index than at any time outside of a recession. This continues to make us nervous about the direction of the overall index, and particularly for companies that are unlikely to generate positive earnings in any of the next three years.” 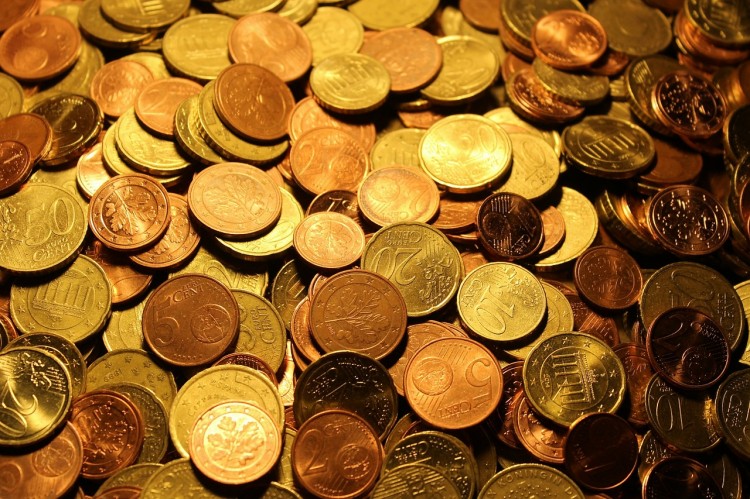 We are particularly interested in the small-cap stocks because we are following them as part of our small-cap strategy, which involves selecting the most popular small-cap picks among over 700 hedge funds and which has returned over 102% in the last three years, outperforming the market by over 53 percentage points (see details here). The recent correction has reduced the price of most small-caps, making many of these companies more attractive for investors, however, the risk of an upward trend among stocks that don’t generate enough income to justify their high stock prices still exists. Goldman Sachs has also presented a list of 19 stocks that it considers as overvalued, rating them as ‘Sell’ based on their high forward P/E ratios (above 40) for the next two years. However, we took a closer look at the stocks included in the Goldman Sachs’ list and noticed that the funds from our database are collectively bullish on some of them, as they held significant positions in them during the second quarter. With this in mind, we have selected five small-caps which we elite investors disagree with Goldman Sachs on.

Let’s start with Gulfport Energy Corporation (NASDAQ:GPOR), in which 43 funds from our database disclosed stakes that were in aggregate equal to almost 29% of its outstanding stock at the end of June. Moreover, the company witnessed an increase in popularity during the second quarter, as the number of funds went up by eight. Gulfport Energy Corporation (NASDAQ:GPOR) is a $3.9 billion independent oil and natural gas producer on which not only hedge funds, but also many other analysts are bullish, as many have reiterated their ‘Buy’ ratings on it in the past couple of months. Analysts also have a consensus price target of $52 per share on the stock, which indicates upside potential of over 46%. Billionaire quant managers Ken Griffin and Israel Englander are among the largest shareholders of Gulfport Energy Corporation (NASDAQ:GPOR). In the latest round of 13F filings, Griffin’s Citadel reported a position of 8.26 million shares, up by 86% on the quarter, while Englander’s Millennium Management lowered its stake by 40% on the quarter to 2.07 million shares.

Another stock elite investors disagree with Goldman Sachs on is California Resources Corp (NYSE:CRC), a $1.5 billion oil and gas exploration and production company, which was also included in our compilation of five energy stocks under $5 that hedge funds like (see the list). At the end of June, 37 funds reported positions worth $703.87 million in aggregate, equal to around 30% of the company, with the largest position being held by Eric Mandelblatt’s Soroban Capital Partners, which reported ownership of 33.91 million shares in its most recent 13F filing. Moreover, several key executives were buying shares of California Resources Corp (NYSE:CRC) in August (see here), which is another indicator that the stock is poised to grow in the near future.

Three more small-cap stocks that hedge funds and Goldman Sachs have differing opinions on can be found on the next page.

NuVasive, Basic Energy Services, Mariott Vacations Worldwide: Why Did These...
Monthly Newsletter Strategy
Download a free copy of our newsletter and see the details inside!
Hedge Fund Resource Center
Related News
Elite Hedge Funds Are Making Moves On These 3 Stocks How Did Bill Gates’ Portfolio Handle the Recent Market Turmoil? See Notorious Short-Seller’s Take on Tesla and SolarCity; Do Hedge Funds Agree with Him? General Electric Company, Valeant Pharmaceuticals Intl Inc.: Billionaire William Ackman’s Recent Comments Best Stocks To Buy In An Overvalued US Stock Market Here is How Carl Icahn’s Picks Lost Twice As Much As The Market in Q3 What Did We Learn from Billionaire Cliff Asness’ Presentation at the Bloomberg Summit? 16 Best Selling Girl Groups of All Time 20 Biggest Metropolitan Areas in the World in 2015 11 Common English Mistakes Made By Native Speakers
Billionaire Hedge Funds