Debra Fine’s Fine Capital Partners has the distinction of not only being among the few hedge funds on the Street founded by a woman, but also one that boasts assets under management of over a billion dollars. Debra Fine received her MBA from Harvard University, following which she started her career in finance by joining Solomon Brothers. She started Fine Capital Partners, a long/short equity fund in 2004 after serving as Director of Global Equities at Loews Corporation. The fund recently filed its 13F with the Securities and Exchange Commission (SEC) for the reporting period of March 31. The filing revealed that the fund’s current public equity portfolio is worth almost $1.2 billion and is majority constituted of small-cap stocks.  Moreover, most of the fund’s equity is currently parked in stocks from the financial and consumer discretionary sectors. In this article we are going to focus on Fine Capital’s top three small-cap picks, which, because of the fund’s focus on small-caps are also its top-picks overall. Those stocks are Assured Guaranty Ltd. (NYSE:AGO), Shutterfly, Inc. (NASDAQ:SFLY), and Evertec Inc (NYSE:EVTC). 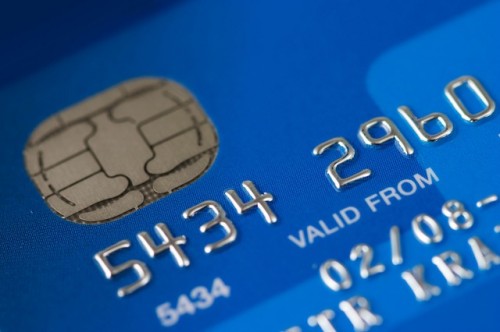 A reader might question our decision to focus on the small-cap category, considering that its mostly the larger counterparts of these companies that head the portfolios of most hedge funds. The reason for our focus is simple. Our research has shown that in the period between 1999 and 2012 the top small-cap picks of hedge funds outperformed the broader market by nearly one percentage point per month, whereas the top overall picks (mostly large-caps) underperformed by seven basis points per month during the same period. Why pay high fees to own a glut of low-performing stocks when you can invest on your own in hedge funds’ best stock picks? Since its launch in August 2012, Insider Monkey’s small-cap strategy has outperformed the S&P 500 every year, returning over 142% since then, nearly 2.5 times greater than the S&P 500′s returns (read the details here).

Assured Guaranty Ltd. (NYSE: AGO) remained the top pick of Fine Capital Partners at the end of the first quarter, though the fund’s position in the stock was reduced by 8% to almost 5.2 million shares valued at $137 million in the first quarter. Assured Guaranty Ltd. (NYSE: AGO) is a holding company that through its subsidiaries, provides credit protection products. The stock has a consistent track record of paying dividends to its investors and currently 99% of all outstanding shares of the company are owned by institutional investors. For the quarter ending March 31, the company reported diluted EPS of $1.28 on revenue of $291 million, compared to diluted EPS of $0.23 on revenue of $281 million that it reported for the same quarter last year. All six analysts on the Street that cover the stock have a ‘Buy’ rating on it with an average price target of $35.20, around 20% higher than where it currently trades. Additionally, the Street expects the company to declare an EPS of $0.63 for the second quarter. Apart from Fine Capital, Thomas G. Maheras’ Tegean Capital Management is another fund that has a significant stake in Assured Guaranty Ltd. (NYSE: AGO). Tegean Capital Management increased its stake in the company by 3% to 800,000 shares in the March quarter.

Fine Capital raised its stake in Shutterfly, Inc. (NASDAQ:SFLY), its second-ranked small-cap pick, by 18% during the first quarter to almost 2.27 million shares valued at $102.6 million. The company’s board has been engaged in a bitter proxy fight with Mario Cibelli’s Marathon Partners, which owns 1.88 million shares in the company as of March 31. However, it seems things will be sorted out between the two entities soon, as the preliminary results of the recently-held shareholder vote have shown that each of Marathon Partners’ nominees, Mario Cibelli and Thomas D. Hughes, were elected to the company’s Board of Directors and CEO Jeffrey T. Housenbold was re-elected. On an average, analysts have an ‘Overweight’ rating on Shutterfly, Inc. (NASDAQ:SFLY), with an average price target of $50.45, very close to its current trading range of $46-48.

Although Evertec Inc (NYSE: EVTC) is the third-ranked small-cap pick of Fine Capital, it constitutes 8.58% of the fund’s current public equity portfolio, just one percentage point less than Shutterfly, Inc. (NASDAQ:SFLY). As of March 31, Fine Capital had increased its stake in the company by 45% to almost 4.69 million shares valued at $102.49 million.  Evertec Inc (NYSE: EVTC) declared diluted EPS of $0.24 on revenue of $91.33 million for the first-quarter of this year, compared to diluted EPS of $0.23 on revenue of $87.21 million that it reported for the first-quarter of 2014. The Street is generally bullish on the stock with an average recommendation of ‘Overweight’. The stock at $22.52 is currently trading very close to analysts’ average price target of $23.29 however. Ken Griffin’s Citadel Advisors is another large shareholder of Evertec, owning 1.53 million shares.