Should You Buy iGATE Corporation (IGTE)? 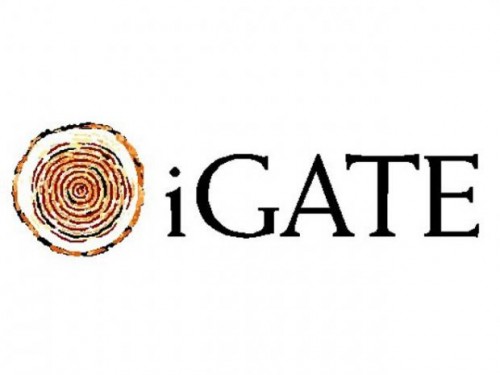 In the eyes of most stock holders, hedge funds are assumed to be underperforming, old financial tools of the past. While there are over 8000 funds with their doors open at the moment, we at Insider Monkey look at the elite of this group, close to 450 funds. It is widely believed that this group controls the lion’s share of the hedge fund industry’s total asset base, and by paying attention to their highest performing picks, we have come up with a few investment strategies that have historically outstripped Mr. Market. Our small-cap hedge fund strategy beat the S&P 500 index by 18 percentage points per annum for a decade in our back tests, and since we’ve started sharing our picks with our subscribers at the end of August 2012, we have outclassed the S&P 500 index by 23.3 percentage points in 8 months (explore the details and some picks here).

Just as important, bullish insider trading sentiment is a second way to parse down the investments you’re interested in. There are plenty of incentives for a bullish insider to cut shares of his or her company, but just one, very obvious reason why they would initiate a purchase. Many empirical studies have demonstrated the market-beating potential of this strategy if you know what to do (learn more here).

What have hedge funds been doing with iGATE Corporation (NASDAQ:IGTE)?

At Q1’s end, a total of 12 of the hedge funds we track were bullish in this stock, a change of 50% from the previous quarter. With the smart money’s positions undergoing their usual ebb and flow, there exists a few noteworthy hedge fund managers who were boosting their holdings considerably.

Of the funds we track, Clifton S. Robbins’s Blue Harbour Group had the largest position in iGATE Corporation (NASDAQ:IGTE), worth close to $59.9 million, accounting for 6.1% of its total 13F portfolio. Coming in second is Ken Griffin of Citadel Investment Group, with a $5 million position; the fund has less than 0.1%% of its 13F portfolio invested in the stock. Remaining hedge funds with similar optimism include Peter A. Wright’s P.A.W. CAPITAL PARTNERS, Donald Chiboucis’s Columbus Circle Investors and Israel Englander’s Millennium Management.

As industrywide interest jumped, key money managers were breaking ground themselves. Columbus Circle Investors, managed by Donald Chiboucis, assembled the most valuable position in iGATE Corporation (NASDAQ:IGTE). Columbus Circle Investors had 3.2 million invested in the company at the end of the quarter. Robert B. Gillam’s McKinley Capital Management also initiated a $2.1 million position during the quarter. The other funds with new positions in the stock are Glenn Russell Dubin’s Highbridge Capital Management and Joel Greenblatt’s Gotham Asset Management.

What do corporate executives and insiders think about iGATE Corporation (NASDAQ:IGTE)?

Bullish insider trading is at its handiest when the company we’re looking at has experienced transactions within the past 180 days. Over the latest half-year time period, iGATE Corporation (NASDAQ:IGTE) has experienced 6 unique insiders buying, and 4 insider sales (see the details of insider trades here).