Should You Buy GoPro Inc (GPRO) Stock After Yesterday’s Pop?

GoPro Inc (NASDAQ:GPRO) stock remains a risky bet in spite of the recent momentum. Investors must wait till earnings to get a better picture.

GoPro Inc (NASDAQ:GPRO) stock got a big boost yesterday after analysts at Pacific Crest raised their estimate of unit sales for Hero cameras during the fourth quarter. The stock rallied following the report, gaining more than 11% intraday before settling for a 7.7% gain in yesterday’s trade, on more than double the usual volume. Some part of yesterday’s jump could be due to short covering.

GoPro stock has been on an uptrend since the beginning of this year, gaining around 8% before yesterday’s trade. GoPro stock picked up momentum earlier this month when the action camera maker announced that it will be relaunching its Karma drones soon. The stock is up by more than 16% YTD, handsomely beating the Nasdaq Composite (INDX:COMPX), which has returned around 4% in the same period. 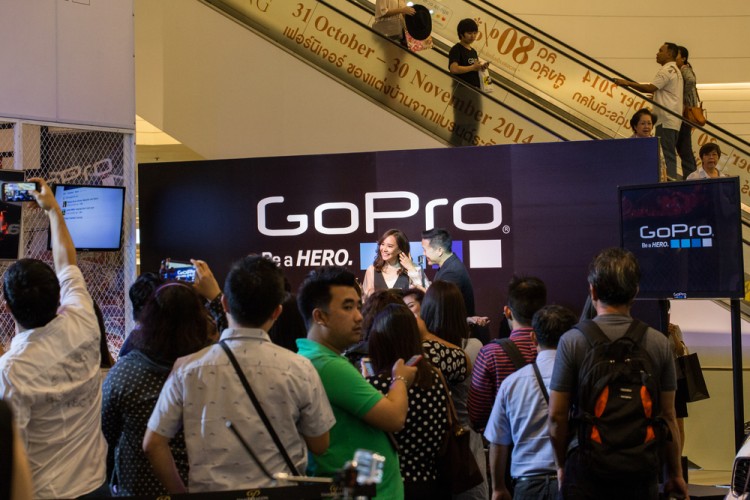 Better Than Feared Sales For GoPro

In the report, Pacific Crest analyst Brad Erickson has said that his channel checks indicate that sales of GoPro cameras turned out to be bettered than feared. He raised his unit sales estimate of Hero cameras by 10% from 1.9 million to 2.1 million. He also raised the ASP (Average Selling Price) estimate. To quote him from the report (1):

“In light of better-than-feared sell-through, we are raising our unit estimates by a bit more than 10% to 2.1 million units in Q4 from 1.9 million and are raising our ASP estimate slightly as our store checks showed an impressive ability to pivot point-of-purchase displays to selling the Karma Grip ($300 electronic stabilizer) when it became clear the Karma would not be launched. Further, we are removing Karma from our Q4 estimates and now expect volume shipments to begin in 2Q17. For 2017, we expect 150,000 drone shipments to contribute $88 million in revenue.”

GoPro Inc (NASDAQ:GPRO) had already indicated that its action cameras were enjoying strong demand during the holiday season. In a press release the company had said that camera unit sales were up 35% YoY with major retailers, while on GoPro.com, sales were up 33% YoY. In the release, the company has also stated that the sell-through mix of higher margin Hero 5 line of cameras was about 75%.

Monthly Newsletter Strategy
Download a free copy of our newsletter and see the details inside!
Hedge Fund Resource Center
Related News
Is 2017 A Go For GoPro Inc (GPRO) Stock? After Losing Half Its Value, Is GoPro Inc (GPRO) Stock Still A Buy Going Into 2017? Is GoPro Inc (GPRO) a Good Stock to Buy? Here’s Why GoPro, Oasis, JPMorgan, and Two Other Stocks Are in Spotlight Today GoPro (GPRO) Stock: It’s Time To Cut Losses! This Week in Tech: Apple, Amazon, GoPro and More Why GoPro, Ulta, Lindsay, and More Are Commanding the Spotlight 15 Smartest Countries In Science, Not Math 7 Easiest and Most Common Fake ID States 10 Countries With The Highest Youth Suicide Rates In The World
Billionaire Hedge Funds