We know that hedge funds generate strong, risk-adjusted returns over the long run, therefore imitating the picks that they are collectively bullish on can be a profitable strategy for retail investors. With billions of dollars in assets, smart money investors have to conduct complex analyses, spend many resources and use tools that are not always available for the general crowd. This doesn’t mean that they don’t have occasional colossal losses; they do (like Peltz’s recent General Electric losses). However, it is still a good idea to keep an eye on hedge fund activity. With this in mind, as the current round of 13F filings has just ended, let’s examine the smart money sentiment towards GCI Liberty, Inc. (NASDAQ:GLIBA).

GCI Liberty, Inc. (NASDAQ:GLIBA) was in 38 hedge funds’ portfolios at the end of June. GLIBA has seen an increase in hedge fund sentiment lately. There were 36 hedge funds in our database with GLIBA positions at the end of the previous quarter. Our calculations also showed that GLIBA isn’t among the 30 most popular stocks among hedge funds (see the video below).

At the moment there are several gauges shareholders have at their disposal to appraise their stock investments. Some of the most innovative gauges are hedge fund and insider trading activity. We have shown that, historically, those who follow the top picks of the elite money managers can outclass their index-focused peers by a very impressive margin (see the details here). 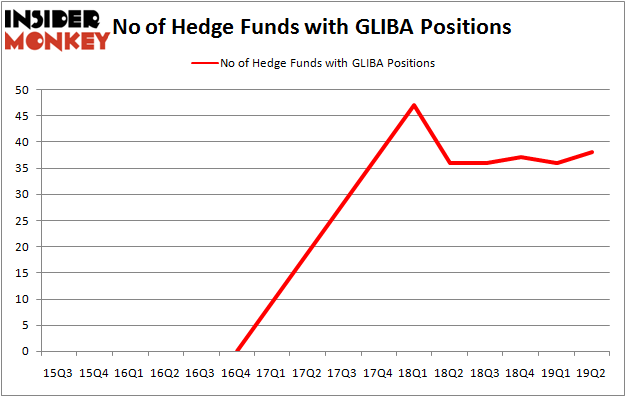 Unlike this former hedge fund manager who is convinced Dow will soar past 40000, our long-short investment strategy doesn’t rely on bull markets to deliver double digit returns. We only rely on hedge fund buy/sell signals. Let’s take a look at the latest hedge fund action encompassing GCI Liberty, Inc. (NASDAQ:GLIBA).

According to Insider Monkey’s hedge fund database, FPR Partners, managed by Bob Peck and Andy Raab, holds the largest position in GCI Liberty, Inc. (NASDAQ:GLIBA). FPR Partners has a $544.8 million position in the stock, comprising 13% of its 13F portfolio. Sitting at the No. 2 spot is Eagle Capital Management, managed by Boykin Curry, which holds a $387.1 million position; the fund has 1.4% of its 13F portfolio invested in the stock. Other peers that are bullish include Mason Hawkins’s Southeastern Asset Management, Sander Gerber’s Hudson Bay Capital Management and Ben Gambill’s Tiger Eye Capital.

As you can see these stocks had an average of 25.75 hedge funds with bullish positions and the average amount invested in these stocks was $680 million. That figure was $2030 million in GLIBA’s case. Ciena Corporation (NYSE:CIEN) is the most popular stock in this table. On the other hand Commerce Bancshares, Inc. (NASDAQ:CBSH) is the least popular one with only 11 bullish hedge fund positions. Compared to these stocks GCI Liberty, Inc. (NASDAQ:GLIBA) is more popular among hedge funds. Our calculations showed that top 20 most popular stocks among hedge funds returned 24.4% in 2019 through September 30th and outperformed the S&P 500 ETF (SPY) by 4 percentage points. Unfortunately GLIBA wasn’t nearly as popular as these 20 stocks and hedge funds that were betting on GLIBA were disappointed as the stock returned 1% during the third quarter and underperformed the market. If you are interested in investing in large cap stocks with huge upside potential, you should check out the top 20 most popular stocks among hedge funds as many of these stocks already outperformed the market in Q3.