Should You Buy Alico, Inc. (ALCO)?

The successful funds run by legendary investors such as Dan Loeb and David Tepper make hundreds of millions of dollars for themselves and their investors by spending enormous resources doing research on small cap stocks that big investment banks don’t follow. Because of their pay structures, they have strong incentive to do the research necessary to beat the market. That’s why we pay close attention to what they think in small cap stocks. In this article, we take a closer look at Alico, Inc. (NASDAQ:ALCO) from the perspective of those successful funds.

Alico, Inc. (NASDAQ:ALCO) shares didn’t see a lot of action during the third quarter. Overall, hedge fund sentiment was unchanged. The stock was included in the portfolios of six funds from our database at the end of September. At the end of this article we will also compare ALCO to other stocks including Nathan’s Famous, Inc. (NASDAQ:NATH), Cascadian Therapeutics Inc (USA) (NASDAQ:CASC), and Farmers Capital Bank Corp (NASDAQ:FFKT) to get a better sense of its popularity. 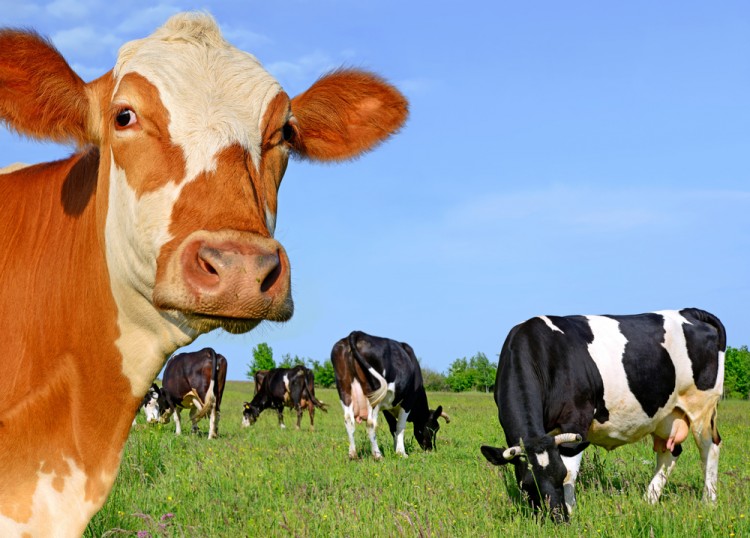 With all of this in mind, let’s check out the fresh action encompassing Alico, Inc. (NASDAQ:ALCO).

At the end of the third quarter, a total of six funds tracked by Insider Monkey were bullish on this stock, unchanged from the previous quarter. By comparison, seven funds held shares or bullish call options in ALCO heading into this year. So, let’s find out which hedge funds were among the top holders of the stock and which hedge funds were making big moves. 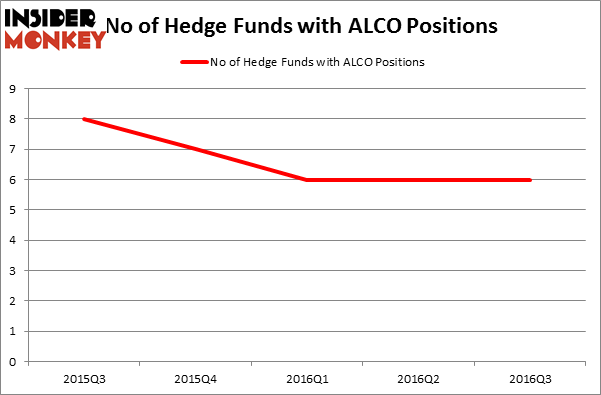 Of the funds tracked by Insider Monkey, GMT Capital has the most valuable position in Alico, Inc. (NASDAQ:ALCO), worth close to $15.6 million. Coming in second is Remy Trafelet’s Trafelet Capital which holds a $9.3 million position; 7.1% of its 13F portfolio is allocated to the stock. Some other hedge funds and institutional investors that hold long positions encompass Daniel Beltzman and Gergory Smith’s Birch Run Capital, Martin Whitman’s Third Avenue Management and Jim Simons’ Renaissance Technologies which is one of the largest hedge funds in the world. We should note that none of these hedge funds are among our list of the 100 best performing hedge funds which is based on the performance of their 13F long positions in non-microcap stocks.