Seeking A Real Answer to the Esports Dilemma: A Good Problem to Have

Published on December 13, 2017 at 4:56 pm by Insider Monkey Staff in Bitcoin, Ethereum and Other Cryptocurrencies, News, Tech

One of the fastest growing industries today is esports. Boasting a multibillion dollar economy, esports combines love for sports with the technology of video games. To evidence its growth, consider the comparison of numbers between esports and traditional sports. 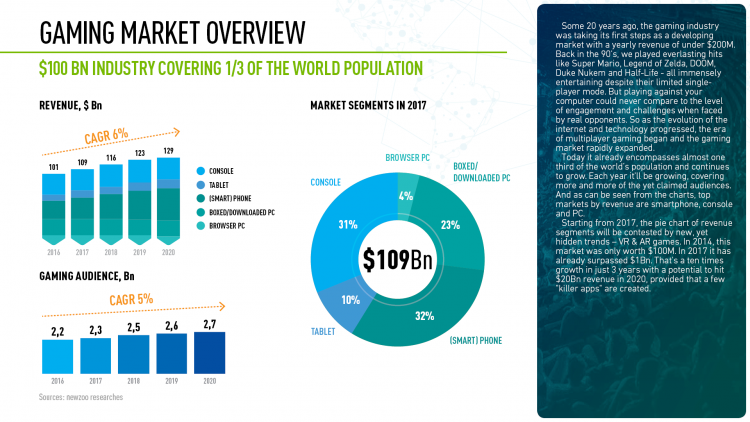 It’s grown from a couple of highschool boys playing video games in their parent’s basement. Now there are leagues, competitions, prize money and more. But esports does face some challenges that need to be overcome in order to achieve maximum growth. One of those problems is the lack of esports clubs. The nature of esports means that managing clubs, let alone creating them is a challenging endeavor.

Plus, unstructured market conditions with little history means that the growth hasn’t been reaching its full potential. Comparing esports with traditional sports again to see some of the problems esports is facing. There is about 90 billion dollars worth of media rights and sponsorships across traditional sports. Meanwhile in esports, there is only .4 billion. While esports may never eclipse the amount of money that exists in traditional sports, it should be moving closer. And it should definitely be higher than .4 billion. But this is a good problem. The number of players, excitement and loyalty are all there. It’s just time for the esports economy to be built into the powerhouse that it should be.

One possible solution for esports comes from Blockchain technology. The nascent technology has already changed many industries, from finance to logistics. However, it may provide a viable solution for the issues within esports.

For example, one company, Dreamteam is making an effort to fix these issues. Dreamteam is a cryptocurrency built on blockchain technology, powered by Ethereum’s (ETH) network. It will address the problems of club creation and management by providing an all in one platform. Building, growing, managing and monetizing will all be made possible through Dreamteam.

The two main features of Dreamteam that will make this all happen are the token and smart contracts. The token provides a payment system that isn’t limited by country, banks, or corrupt institutions. Instead, payments can be made directly and instantly to tournament winners, coaches, players, etc. 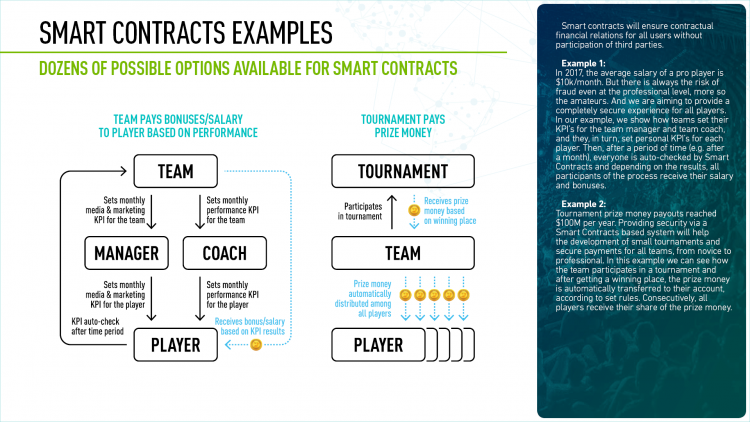 Smart contracts are the second feature of the Dreamteam blockchain. They will enable payments to be made on a contractual basis, much like a traditional payroll system. The payments occur automatically for the set amount agreed upon. This will be especially helpful for the esports industry because it will provide stability to the economy. Now players are guaranteed payment. Tournaments will have guaranteed prize money. Sponsorships and media rights can be taken care of. Even crowdfunding and donations can be secured through the Dreamteam smart contracts.