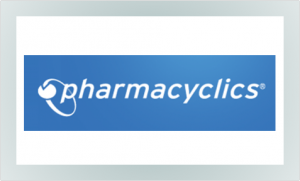 Biotechs with market caps of a billion dollars or more are a dime a dozen. Well, actually, they’re more like $12 billion or more a dozen, but you get the point. There are plenty of them. However, most biotechs boasting these high market caps actually have products on the market.

That’s not the case for Pharmacyclics, Inc. (NASDAQ:PCYC) and Sarepta Therapeutics Inc (NASDAQ:SRPT) , though. Neither biotech has an approved product yet. Pharmacyclics boasts a market cap of $5.8 billion, while Sarepta’s market cap stands near $1 billion.

Are these two biotechs overvalued — or could their prices actually be attractive? Let’s take a look.

Not enough to count
Pharmacyclics, Inc. (NASDAQ:PCYC) and Sarepta Therapeutics Inc (NASDAQ:SRPT) do generate revenue despite having no marketed product, by the way. Pharmacyclics brought in $160 million last year, thanks primarily to its partnership with Johnson & Johnson (NYSE:JNJ)‘s Janssen division. J&J is taking a lead role for non-U.S. commercialization of Pharmacyclics’ lead product, ibrutinib, but will also participate in marketing the drug inside the U.S.

Sarepta, meanwhile, generated $37 million in 2012 revenue. Nearly all of those dollars stemmed from contracts with the U.S. government related to research of treatments for treatments of the Marburg and Ebola viruses.

Millions of dollars shouldn’t be dismissed when many biotechs generate no revenue. However, neither Pharmacyclics, Inc. (NASDAQ:PCYC) nor Sarepta Therapeutics Inc (NASDAQ:SRPT) sport 10-digit market caps because of these revenue figures.

Paying for potential
Investors have driven these biotech’s market caps to higher levels solely based on the companies’ potential. For Pharmacyclics, that potential is powered by Bruton’s Tyrosine Kinase, or BTK, inhibitor ibrutinib. Two late-stage studies are under way focusing on ibrutinib as a treatment for chronic lymphocytic leukemia and mantle cell lymphoma.

Projections for peak annual sales of ibrutinib vary from $4 billion on the low end to as much as $8 billion. The higher estimates assume that the drug will also prove successful in treating multiple myeloma and diffuse large B-cell lymphoma. Early- and mid-stage studies are under way for both of these indications.

Stacking up
Are 1.5 times and one times peak annual sales too pricey? Not if we look at other biotechs.

For example, Alexion Pharmaceuticals, Inc. (NASDAQ:ALXN) boasts a market cap of nearly $17.7 billion. The company markets orphan drug Soliris. Alexion’s 2012 sales came in at $1.13 billion. Analysts think that peak annual sales for Soliris should be at least $3.5 billion. Some think that figure could reach as high as $8 billion.