Ridgeback Capital Continues To Come Out Of Hiding, Takes Position In OncoSec (ONCS)

In a fresh SC 13G form public filing with the Securities and Exchange Commission (SEC), Wayne Holman’s Ridgeback Capital Investments disclosed acquiring a new stake in OncoSec Medical Incorporated (NASDAQ:ONCS). The healthcare-focused hedge fund disclosed that it owns 1.27 million shares, which represent 8.6% of the company’s outstanding common stock. As stated by the fund’s most recent 13F filing, Ridgeback Capital didn’t have any active positions at the time, therefore, the above-mentioned purchase of OncoSec’s shares marks a continued new wave of activity for the fund. Ridgeback Capital also disclosed acquiring new stakes in Cara Therapeutics Inc. (NASDAQ:CARA) and Trillium Therapeutics Inc. (NASDAQ:TRIL) since its most recent 13F filing with the SEC. 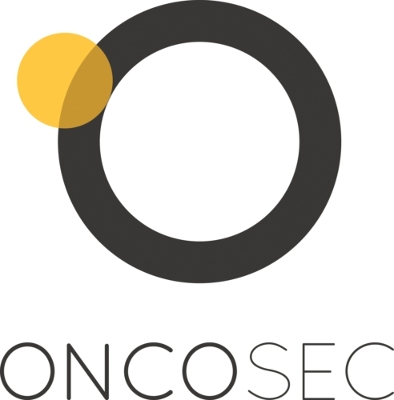 First a quick word on why we track hedge fund activity. In 2014, equity hedge funds returned just 1.4%. In 2013, that figure was 11.3%, and in 2012, they returned just 4.8%. These are embarrassingly low figures compared to the S&P 500 ETF (SPY)’s 13.5% gain in 2014, 32.3% gain in 2013, and 16% gain in 2012. Does this mean that hedge fund managers are dumber than a bucket of rocks when it comes to picking stocks? The answer is definitely no. Our small-cap hedge fund strategy, which identifies the best small-cap stock picks of the best hedge fund managers returned 28.2% in 2014, 53.2% in 2013, and 33.3% in 2012, outperforming the market each year (it’s outperforming it so far in 2015 too). What’s the reason for this discrepancy you may ask? The reason is simple: size. Hedge funds have gotten so large, they have to allocate the majority of their money into large-cap liquid stocks that are more efficiently priced. They are like mutual funds now. Consider Ray Dalio’s Bridgewater Associates, the largest in the industry with about $165 billion in AUM. It can’t allocate too much money into a small-cap stock as merely obtaining 2% exposure would really move the price. In fact, Dalio can’t even obtain 2% exposure to many small-cap stocks, even if he essentially owned the entire company, as they’re simply too small (or rather, his fund is too big). This is where we come in. Our research has shown that it is actually hedge funds’ small-cap picks that are their best performing ones and we have consistently identified the best picks of the best managers, returning 144% since the launch of our small-cap strategy compared to less than 60% for the S&P 500 (see the details).

Ridgeback Capital is a New-York based hedge fund firm established by Wayne Holman in 2006. Wayne Holman is a reputable investor who primarily specializes in health-care companies and is fearless in making big and concentrated bets, which usually turn out to be quite profitable. He is also a former SAC employee, serving as the portfolio manager at SAC’s subsidiary firm, Sigma Capital. Even more to that, Wayne Holman was possibly one of the biggest earners at SAC tailing the firm’s manager, Steven A. Cohen. As Mr. Holman is considered one of the most sound healthcare stars in the industry, it is quite appealing to take a look at his most recent healthcare acquisition. Thus, in this article we’ll thoroughly discuss Ridgeback Capital’s sizable investment in OncoSec Medical Incorporated (NASDAQ:ONCS).

OncoSec Medical Incorporated (NASDAQ:ONCS) is a hybrid device and gene therapy biotechnology company that is designing, developing, and commercializing proprietary medical approaches, mainly immunotherapy (i.e. treatments that use the body’s own immune system to help fight diseases, in this case advanced-stage skin cancer). The healthcare firm focuses primarily on three treatment-resistant fatal skin cancers: melanoma, Merkel cell lymphoma, and cutaneous T-cell lymphoma. Having said that, OncoSec has recently announced the enrollment of the first patient into OMS-I130, a Phase II clinical trial of ImmunoPulse™ IL-12. We are not going to analyze what this product is intended for and what it does, as only a handful of people can understand these technicalities and terminologies. However, it is evident that OncoSec has been quite successful in developing a treatment that is designed to help a high number of skin cancer patients in the U.S. and worldwide. It is then expected that the healthcare company will not only generate more revenues in the upcoming years, but will also hopefully save lives all around the world.