LOS ANGELES (AP) — Google Inc (NASDAQ:GOOG)‘s new music service offers a lot of eye candy to go with the tunes. The song selection of around 18 million tracks is comparable to popular services such as Spotify and Rhapsody, and a myriad of playlists curated along different genres provides a big playground for music lovers. 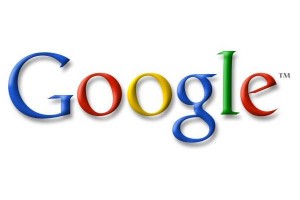 The All Access service represents Google Inc (NASDAQ:GOOG)’s attempt to grab a bigger piece of the digital music market as more people stream songs over mobile phones. Such services are also meant to further wed smartphone users to Google’s Android operating system, where the search leader makes money from advertising and transactions on its digital content store, Google Play.

For a monthly fee, All Access lets you listen to as much music as you want over an Internet connection. You can also download songs onto mobile devices for smooth playback later when you don’t have cell phone or Wi-Fi access.

It’s worth a try for the discounted monthly rate of $8 if you sign up by the end of June. Those who sign up later will pay $10 a month, the same amount charged by the main competitors, Spotify and Rhapsody. Either way, you get the first month free and can cancel at any time. All Access works on the free Google Play Music app for Android devices and over Web browsers on computers — but not on the iPhone. (Spotify and Rhapsody work on both Android and the iPhone).

Visually, the app that I tested on Google Inc (NASDAQ:GOOG)’s Nexus 4 smartphone is engaging. Iterating on the list-heavy layouts of its competitors, Google Play Music jazzes up the interface by adding plenty of big artist photos along with little animations, including bouncing equalizer bars and screen-size cover art that moves slowly back and forth when a song is playing.

Some of the touch features require a pixie-like dexterity, though. It’s one downside to this solid entrant to the world of unlimited music streaming.

You can reorder songs that are in your queue on the fly — something not offered by either Spotify or Rhapsody. But this takes gripping a very thin digital handle to the left of a song title and sliding it up or down. Because it’s much thinner than the thumb I’m using to grip it, I ended up playing songs that I only wanted to move, or deleting them from the queue by accident (which takes a swipe right or left).

The options icon on each song title (three dots stacked on top of each other) is also tiny and caused frequent mis-taps. This means a lot of accidentally playing songs and mistakenly erasing queues that I had spent time creating.

I wasn’t that impressed by the service’s recommendations, although perhaps it’s because I haven’t used it that much. It recommended artists “like Madonna” even though I don’t really listen to the Material Girl. The top recommendations were the same ones I saw onstage during Google Inc (NASDAQ:GOOG)’s official unveiling of All Access last week. Digging a little deeper revealed recommendations for other works by artists whose songs I already own, like Sara Bareilles or Maroon 5. But I could have looked that up on my own.

Where the service starts to get interesting is in its radio function. Like other Internet radio plans, it takes some traits of a particular song and finds others like it somehow. Doing this with Reggie Watts’ comedic beat-box tune “(bleep) (bleep) Stack,” I discovered the song fits within a kind of sub-genre of humorous rappers, after it played Flight of the Conchords’ “Hiphopopotamus vs. Rhymenoceros,” and MC Chris’ “I Want Candy.” I gave these songs a digital thumbs up, which marks them in a playlist so I can find them later.