Research In Motion Ltd (BBRY) to Zero (But Not Yet)

Risk and rollercoasters. These are what come to mind when I think of Research In Motion Ltd (NASDAQ:BBRY).

Entrepreneur turned venture capitalist Mark Suster recently described what he believes to be the rising driving force in the market. He said:

“I believe the greatest Internet companies created over the past 15 years have been “deflationary” meaning they are driving down the prices of goods & services. They are also driving down the margins they make and are offering products that are initially lower functionality than their competitors.”

Even with decreasing market share, Research In Motion Ltd (NASDAQ:BBRY)’s balance sheet as of March 2013 proves that the company is staying afloat. 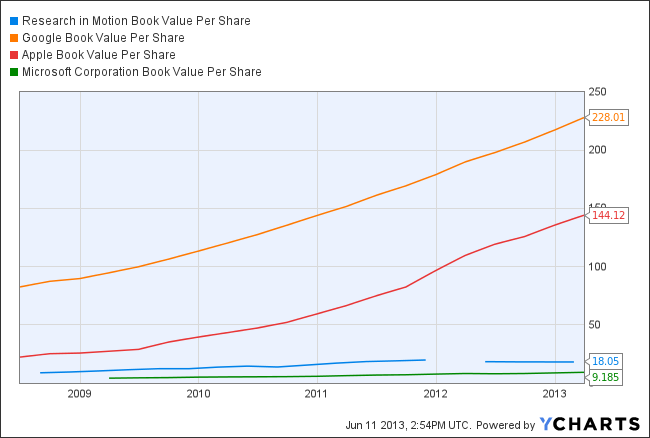 Even with three new devices on the horizon, BlackBerry’s cash base is depleting fast. Too fast.

BlackBerry’s lifespan is running out

Measuring the firm’s defensive interval shows just how vulnerable it is compared to market leaders. The ratio reveals how many days each company can operate with its current assets without having to utilize its long term assets. And competing with giants, BlackBerry does not have long.

BlackBerry already lost many corporate customers due to the Bring Your Own Device movement that empowered employees to choose their own phone. Additionally, by rolling out its new operating system, BlackBerry lost customers. Why? It can take between four and six months just for a company to adapt to the new system. So companies that received the system in January may just now becoming familiar with it. These are not deal-breakers, but charging a high price is.