Florida-based investment manager Polen Capital is bullish on Regeneron Pharmaceuticals Inc (NASDAQ:REGN), a New York-based biotech company with six FDA-approved medicines and numerous product candidates in a range of diseases, including asthma, pain, cancer and infectious diseases. In its Q4 focus growth commentary (you can download a copy here), Polen Capital discussed Regeneron Pharmaceuticals and other companies – we’ve already covered the firm’s commentary on Amazon, Nike, and Celgene. In this article, we’ll focus on comments made by Polen Capital about Regeneron in its Q4 focus growth commentary.

So, here is what Polen Capital said about the biotech company:

Regeneron has seen a nice acceleration in growth from the launch of its new drug Dupixent for atopic dermatitis. We believe Dupixent will likely be approved for a range of allergic diseases in the future and, as such, has a reasonable path to becoming a multi-billion-dollar product for the company.

Eventually Dupixent could rival Regeneron’s current blockbuster, Eylea, which is a leading therapy in age-related macular degeneration and diabetic macular edema. Eylea is still growing nicely today providing a base on top of which Dupixent is adding. The company also has a large pipeline of opportunities coming over the next few years that have been developed entirely in-house (unlike Celgene).

Regeneron’s weakness this year has been due to positive clinical developments by other companies that could bring competition to Eylea and Dupixent in the future. We have evaluated the competing data and do not think there is significant risk to either of Regeneron’s franchises, although there certainly could be some additional competition. For example, Novartis released data showing its drug for wet-AMD showed less disease in the eye after treatment compared to Eylea, which could indicate that it could be dosed less frequently (a big deal when you get an injection in your eye). But the improvement in patient vision was actually less than that from Eylea, which is less encouraging for Novartis.

Regeneron is studying longer dosing intervals for Eylea and we think it is unlikely that patients whose eyesight is being maintained effectively by Eylea will switch to a new therapy that has shown less vision protection. Our long-term outlook for Regeneron remains unchanged. 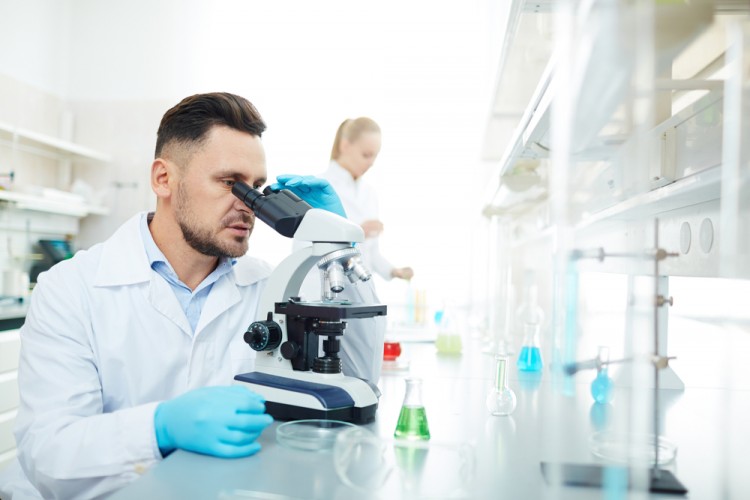 Last week, Regeneron announced that it was approved by the Japanese government to produce and sell DUPIXENT (dupilumab) for the treatment of atopic dermatitis in adults not adequately controlled with existing therapies. Dupixent is being jointly-developed by Regeneron and Sanofi under a global collaboration agreement. The drug will be commercialized by Sanofi in Japan.