Redmile Group is a San Francisco-based, healthcare-focused hedge fund founded and managed by Jeremy Green, an Oxford alum with more than 20 years of experience in wealth management and investment banking. In late February, the firm disclosed having discretionary assets under management of more than $2.15 billion. More recently, in its 13F filing for the first quarter of 2016, Redmile reported holding about $977 million in long equity positions. It was a rough first quarter for healthcare investors, and Mr. Green’s fund was no exception. The fund’s 26 holdings in companies with market caps larger than $1 billion as of December 31 posted a weighted average loss of 20% during the first quarter of the year, making it one of the worst performing funds in our database for the quarter, alongside other healthcare-focused funds such as Baker Bros. Advisors, Deerfield Management, and OrbiMed Advisors. Despite the weakness, which was of course related to the overall feebleness in the healthcare segment, Redmile continued to stick with its top healthcare picks going into the second quarter of the year. We’ll take a look into the firm’s top five stock picks as of March 31 in this article, which accounted for roughly 35.5% of the value of the fund’s equity portfolio.

Array Biopharma Inc (NASDAQ:ARRY) fell one spot in the fund’s portfolio over the first quarter, though the fund raised its stake in it by 8% during the period. Redmile also remained the largest institutional investor of record as of March 31, trailed by Samuel Isaly’s OrbiMed Advisors, which disclosed ownership of 10.68 million shares of the company, and 18 other hedge funds in our database.

Shares of Array Biopharma Inc (NASDAQ:ARRY) have managed to recuperate 54% of their value since their early February lows, including 30.5% gains in the second quarter. The recent gains have been helped by several analysts who recommended the stock, as well as accompanying the overall rebound in healthcare ETFs.

Also falling one place in Redmile’s list quarter-over-quarter was Penumbra Inc (NYSE:PEN), in which the fund trimmed its holding by 18% in the first quarter, a period during which the stock lost 14.5% of its value. Despite this reduction, Redmile remained the second-largest shareholder of the small-cap interventional therapies company in our database. It should be noted that over the March quarter, the number of hedge funds in our database long the stock almost doubled, to 11 from six.

Many of the funds that started new stakes in Penumbra Inc (NYSE:PEN) over the first quarter are reaping the benefits of their investments, as the stock has gained more than 19.6% since the beginning of the second quarter, accompanying the general recuperation in healthcare stocks. In early May, the company posted first quarter EPS of $0.02 on revenue of $57.9 million, which was up by 48.5% year-over-year. However, the stock fell sharply following the report before recuperating toward the end of the month. Rock Springs Capital Management disclosed a 12% increase to its stake in the company during the first quarter, taking it to 228,500 shares valued at $10.5 million. 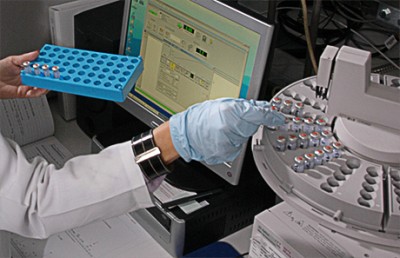 Why AMD, Hovnanian, and Three Other Stocks Are Down Today
Monthly Newsletter Strategy
Download a free copy of our newsletter and see the details inside!
Hedge Fund Resource Center
Related News
Most Popular Healthcare Stocks Under $5 Here’s Why Medivation Inc (MDVN) Is in Spotlight Today Amicus Therapeutics, Inc. (FOLD): Small-Cap Biotech with Large Hedge Fund Ownership Why These Five Stocks Are Trending Today? Why Apple (AAPL), Alphabet (GOOG), Pfizer (PFE) and Two Other Stocks are Trending Today Here’s Why Investors Are Watching These Five Stocks Today Why Investors Are Buzzing About These Stocks Today 8 Countries that Produce the Most Sheep’s Wool in the World 10 Best Places to Retire in Illinois 10 Best Places to Retire in Iowa
Billionaire Hedge Funds