Barington Capital Group LP is an activist hedge fund based in New York City. It was launched in 2000 by James Anthony Mitarotonda. The firm mainly invests in undervalued small and mid-capitalization companies in the United States. Its founder and Chief Executive Officer, James A. Mitarotonda is a highly respected and experienced activist financier. He believes that liquidation is the last resort for companies with failing business models, therefore the nature of his value-oriented investments. During his career, Mr. Mitarotonda has served as Director in multiple publicly traded companies such as Moe & Jack, Griffon Corporation, Sielox Inc, Register.com Inc, and Ameron International Corporation. He holds a BA in Economics from Queens College and an MBA from New York University’s Stern School of Business. After graduating, he joined D.H. Blair & Co where he worked as a broker. Later on, he co-founded Commonwealth Associates where he served as Chairman. Currently, he is on the Board of Directors at The Pep Boys-Manny Moe & Jack, OMNOVA Solutions Inc, Gerber Scientific, Inc., and the Eastern Company. 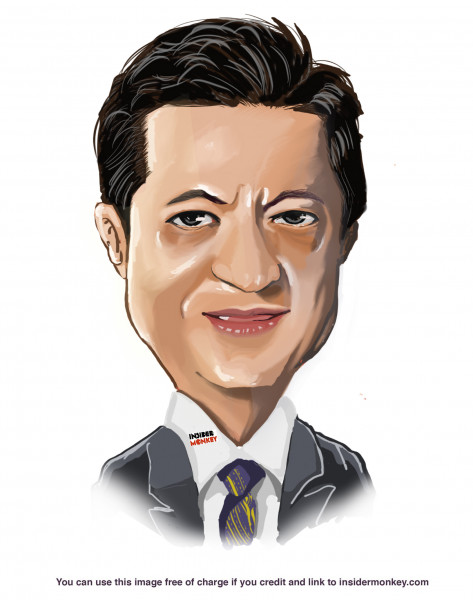 Barington Capital Group provides advisory services and portfolio management to individual and institutional clients taking a private equity approach to the public company investing. The firm’s strategy focuses on fundamentally undervalued publicly traded companies with significant upside potential. It conducts bottom-up research to recognize the best investment opportunities. Once a company with potential value is identified, Barington Capital draws upon a network of experienced value-added investors to collaborate with the company’s board implementing measures to improve its long-term performance. The fund has a vast experience investing in consumer-focused companies. Its previous activist investments were in Darden Restaurants, Lone Star Steakhouse, The Children’s Place, Dillard’s, The Jones Group, Warnaco, Nautica, The Pep Boys, and Steven Madden, Avon Products, Ebix, The Children’s Place and Chico’s. However, none of the positions of its latest equity portfolio were among the 30 most popular stocks among hedge funds in Q3 of 2018.

We track hedge funds like Barington Capital because their buy and sell decisions shape our own recommendations. Our flagship strategy returned 74.1% since its inception in May 2014 and outperformed the S&P 500 ETF (SPY)’s 50.4% gain by nearly 24 percentage points. Our short portfolio’s stock picks lost a cumulative 30.3% since February 2017. So, we were able to generate alpha both on the short side (actually more on the short side) and the long side by imitating the best stock picks of hedge funds like Barington (read the details here).

Barington Capital Group seeks to deliver superior results through its value-oriented strategy. For instance, its Barington Company Equity Partners fund in 2013, it brought back an annual return of 15.22% followed by 10.86% in 2014. For the years 2015 and 2016, the positive trend continued with returns of 11.21% and 16.81 respectively. However 2017 was a down year, it brought a loss of 5.61%. From January through October 2018, the fund seemed to have recovered from the previous year fall as it attained a return of 12.03%. As of October 29th, 2018 Barington Company Equity Partners had acquired a total return of 514.50% while its compound annual return stood at 10.17%. Its worst drawdown was at 63.46.

Barington Capital Group has disclosed 16 total holdings in its 13F filing for the third quarter of 2018. The value of its equity portfolio was $101.81 million, while the actual amount of its Assets Under Management was not revealed.

At the end of the Q3 of 2018, Barington Capital’s top holding was the Eastern Company (NASDAQ:EML) with 575,703 shares valued at $16.35 million. This stock represented 16.05% of the fund’s portfolio value. The Eastern Company is a manufacturer of industrial hardware, security, and metal products.

Barington Capital’s second essential position was in Ebix Inc (NASDAQ:EBIX) holding 165,860 shares worth a value of $13.13 million. Ebix is a large supplier of software and e-commerce solutions for insurance, finance and healthcare industries.

Read more about Barington Capital’s equity portfolio positions for Q3 of 2018 on the next page.