If you’d ask most market participants, hedge funds are perceived as underperforming, outdated investment vehicles of the past. While there are more than 8000 funds in operation at present, we at Insider Monkey hone in on the crème de la crème of this club, close to 450 funds. It is widely believed that this group oversees the majority of all hedge funds’ total asset base, and by watching their best picks, we have brought to light a few investment strategies that have historically outperformed Mr. Market. Our small-cap hedge fund strategy outstripped the S&P 500 index by 18 percentage points per annum for a decade in our back tests, and since we’ve began to sharing our picks with our subscribers at the end of August 2012, we have beaten the S&P 500 index by 24 percentage points in 7 months (explore the details and some picks here).

Just as key, bullish insider trading sentiment is another way to parse down the world of equities. Just as you’d expect, there are a number of stimuli for an insider to get rid of shares of his or her company, but only one, very clear reason why they would behave bullishly. Several academic studies have demonstrated the valuable potential of this tactic if piggybackers understand where to look (learn more here).

At year’s end, a total of 16 of the hedge funds we track were long in this stock, a change of -20% from the third quarter. With hedgies’ positions undergoing their usual ebb and flow, there exists a select group of notable hedge fund managers who were upping their holdings meaningfully.

According to our comprehensive database, Emerging Sovereign Group, managed by J Kevin Kenny Jr, holds the biggest position in Qihoo 360 Technology Co Ltd (NYSE:QIHU). Emerging Sovereign Group has a $38 million position in the stock, comprising 3.9% of its 13F portfolio. Sitting at the No. 2 spot is Citadel Investment Group, managed by Ken Griffin, which held a $28.2 million position; less than 0.1%% of its 13F portfolio is allocated to the company. Remaining hedgies that are bullish include Rob Citrone’s Discovery Capital Management, Donald Chiboucis’s Columbus Circle Investors and SAC Subsidiary’s CR Intrinsic Investors.

Because Qihoo 360 Technology Co Ltd (NYSE:QIHU) has experienced a declination in interest from hedge fund managers, it’s safe to say that there were a few hedge funds who were dropping their positions entirely heading into 2013. Interestingly, John Thaler’s JAT Capital Management said goodbye to the largest position of the 450+ funds we monitor, valued at close to $19.9 million in stock., and Richard Schimel of Diamondback Capital was right behind this move, as the fund cut about $10.2 million worth. These transactions are important to note, as aggregate hedge fund interest fell by 4 funds heading into 2013.

What have insiders been doing with Qihoo 360 Technology Co Ltd (NYSE:QIHU)? 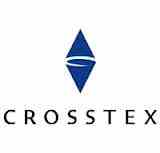