Philip Morris International Inc. (PM): The ‘Most Hated Company On Earth’ That I’d Like To Own ‘Forever’

Some stocks are good for a quick pop, but you have to time it just right. Case in point: Netflix, Inc. (NASDAQ:NFLX) investors have seen several double-digit surges over the last year. They’ve also seen the stock plummet by as much as a third on more than a few occasions.

High-risk and high-reward stocks are great for kick-starting a portfolio, and they certainly make investinginteresting, but many investors have been broken by high-flying has-beens. For instance, wireless giant Research In Motion Ltd (NASDAQ:BBRY) made a lot of people wealthy as its stock price rocketed 17-fold between 2003 and 2007. Investors who bought in at Research In Motion Ltd (NASDAQ:BBRY)’s height, on the other hand, are looking at a 90% loss. 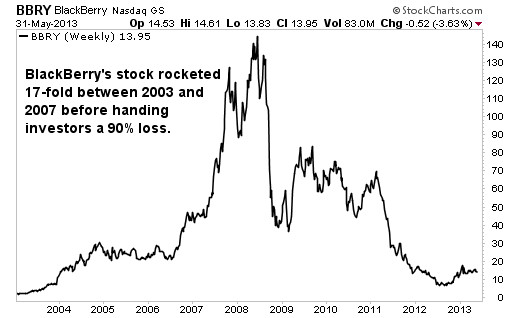 A chance at overnight success is great, but the single best way to make money in stocks is to buy those you can buy and hold “forever.” These “Forever” stocks, as StreetAuthority co-founder Paul Tracy calls them, combine consistent growth and income and have stood the test of time. These companies enjoy a competitive advantage through industry forces like low bargaining power of buyers and suppliers, high barriers to entry, low threats from substitutes, and minimal rivalry among competitors.

These companies are here to stay — in your portfolio.

One of these “Forever” stocks is a company in one of the most hated industries, yet the stock is in the portfolio of almost 1,400 institutional funds. The industry’s product has been shown to kill its customers over the long term, and this company is the largest among them. If you haven’t already guessed, the industry is tobacco, and the company is Philip Morris International Inc. (NYSE:PM), the world’s largest publicly traded manufacturer and marketer of tobacco products.

Why should investors love shares of a company that is so hated? Because it has consistently outperformed the market and provided stable growth and income. Since the worst of the financial meltdown, shares of Philip Morris International Inc. (NYSE:PM) have rebounded 143% versus 110% for the S&P 500. That price gain is above the 3.9% dividend yield, a payout that the company has increased 85% since 2008.

Philip Morris International Inc. (NYSE:PM) has seven of the top cigarette brands, including Marlboro, the market leader. The company sells across a diverse market, with Asia accounting for 36% of international sales last year, followed by Eastern Europe, the Middle East and Africa at 27%, the European Union at 26%, and Latin America and Canada at 11%.

Excluding China and the United States, the company’s share of total global volume increased from 24.9% in 2007 to 28.8% in 2012. On top of an increasing share of the market, after three consecutive years of declining volume to 2010, unit sales of cigarettes have been increasing by an average of 2.8% per year, to 93.7 billion units in 2012. Higher excise taxes in Europe have led to some unit declines, but these have been offset by dramatic increases in the Asian markets.

Can Research In Motion Ltd (BBRY) Keep Growing From Here?

Research In Motion Ltd (BBRY) & Other Upgrades You Should Consider

What Netflix, Inc. (NFLX) Investors Don’t Know Could Hurt Them

Apple Inc. (AAPL): This Mythical Stock Seems to be in Troubled Water