Barry Wittlin‘s WCG Management is a force to reckon with in the world of bond and currency investing. Wittlin started the New York-based, macro-focused fund in 2007 following his stint at Morgan Stanley as a Senior Vice President and Head of Strategic Risk Trading for Global Markets & Investment. The fund recently submitted its 13F filing with the Securities and Exchange Commission (SEC) for the reporting period of September 30. According to the filing, the US equity portfolio of WCG Management at the end of September was worth slightly above $222 million. Since WCG Management invests most of its assets under management, which stands at over $4.3 billion (as of April, 2014), in bonds and currencies, the small investments it makes in the equity markets are more noteworthy. Unlike most other hedge funds which deal primarily in equities, it is under no compulsion to invest in the equity markets. Therefore, one can conclude that WCG invests in stocks only when it has high conviction that those particular stocks will generate superior returns. Taking this reasoning into consideration, we at Insider Monkey decided to analyze WCG Management’s top five stock picks at the end of the third quarter. Read further to know which stocks WCG Management is betting on. 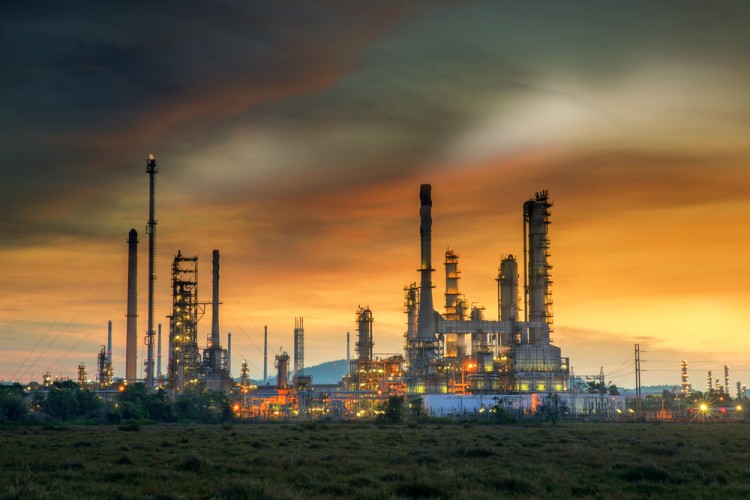 We track hedge funds and prominent investors because our research has shown that historically their stock picks delivered superior risk-adjusted returns. This is especially true in the small-cap space. The 50 most popular large-cap stocks among hedge funds had a monthly alpha of about six basis points per month between 1999 and 2012; however the 15 most popular small-cap stocks delivered a monthly alpha of 80 basis points during the same period. This means investors would have generated ten percentage points of alpha per year simply by imitating hedge funds’ top 15 small-cap ideas. We have been tracking the performance of these stocks since the end of August 2012 in real time and these stocks have beaten the market by 53 percentage points (102% return vs. the S&P 500’s 49% gain) over the last 37 months (see the details here).

Though WCG Management added 1,000 shares of Stanley Black & Decker, Inc. (NYSE:SWK) to its portfolio during the third quarter, the 7.33% decline that the company’s shares suffered during the quarter relegated it to the fifth spot in WCG Management’s portfolio, down from the fourth spot that it commanded at the end of June. On a year-to-date basis, shares of the company are trading up by 12.5% , but with a forward price-to-earnings multiple of 16.43, it can be said that the stock is still trading at a reasonable valuation. On October 22, the company came out with mixed third quarter results. While analysts had expected it to report EPS of $1.52 on revenue of $2.82 billion, it reported EPS of $1.55 on revenue of $2.80 billion. Following the earnings release, on October 23, analysts at Barclays reiterated their ‘Equal Weight’ rating on the stock, while upping their price target on it to $124 from $121. Maverick trader Steve Cohen‘s Point72 Asset Management initiated a stake in the company during the second quarter by purchasing 344,300 shares.

WCG Management disposed of 27% or 69,000 shares of its former second-largest holding, McDonald’s Corporation (NYSE:MCD), during the July-September period. After remaining sideways for the first nine months of the year, shares of the fast food behemoth experienced a 15% surge in October and are currently trading up by nearly 20% year-to-date. Most of those gains in October came after the company declared its third quarter earnings on October 22. It reported EPS of $1.40 on revenue of $6.62 billion for the quarter, compared to EPS of $1.28 on revenue of $6.41 billion that the analysts were expecting. The major highlight of the quarter was that after two years of decline, U.S sales for the company rose by 0.9% during the period. Activist shareholder Larry Robbins, who earlier this year argued that if the company spins off its real estate assets into an REIT, it will unlock $20 billion in shareholder value, held slightly over 2.9 million shares of McDonald’s Corporation (NYSE:MCD) at the end of June through his hedge fund Glenview Capital.

What’s the Deal With These 4 Slumping Stocks?
Monthly Newsletter Strategy
Download a free copy of our newsletter and see the details inside!
Hedge Fund Resource Center
Related News
A Look at Five Trending Stocks and the Developments Behind their Moves The 5 Dow Stocks Billionaires Like The Most Are High Profile Executives Pointing to Grim Prospects at These 3 Companies? eBay Inc. (EBAY) Among Them Dividend Aristocrats 15 of 52: McDonald’s Corporation (MCD) Top Stock Picks of London-based Sloane Robinson This Billionaire Investor Is Betting Big on Five Tech Stocks; Should You Follow Him? These Stocks Are in Spotlight on Monday for Various Reasons 7 Simple Ways of Making your Computer Run Faster 11 Most Expensive Science Experiments In The World Top 11 Youngest Female Billionaires in the World
Billionaire Hedge Funds