The shares of Netflix, Inc. (NASDAQ:NFLX) advanced by 8% on Tuesday and are trading at their all-time high after the stock split in July. One of the possible reasons for the rally was a new coverage initiated by Guggenheim Securities with a price target of $160 and “buy” rating for the stock. Today’s rally has helped Netflix’s stock to grow 21.14% since its 7-for-1 stock split on July 15.

Netflix is expanding aggressively into new international markets and it is planning to offer its services in 200 countries by 2017 from the existing 50+ countries. The company is planning to enter Italy, Portugal, and Spain in the next quarter. One of the most promising markets ahead of Netflix, Inc. (NASDAQ:NFLX) is Japan, which has the third-largest internet-user population in the world. If Netflix could do anywhere as good in Japan as it did in the U.S., the company could increase its customer base substantially. The on-demand content service was able to find a content provider in Italy in the form of Telecom Italia. Under the agreement, the Italian company will offer Netflix’s content through its online streaming service TIMvision and its customers will be able to view the content through their existing TIM set-top boxes. 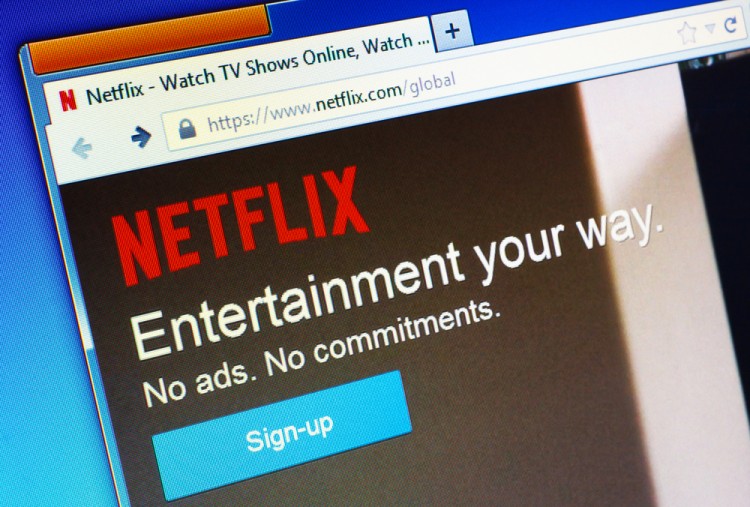 Netflix, Inc. (NASDAQ:NFLX) is also pushing forward in the content production industry and the company has announced to release one Marvel superhero series every six months. This will add to the list of its popular original series, including Daredevil aired in April. “Jessica Jones” is the next series from Marvel-Netflix to be launched on the streaming service, including others like Luke Cage and Iron Fist. Some of the original series from Netflix gaining popularity among audience include House of Cards and Orange is the New Black.

The on-demand video service provider had an excellent second quarter of 2015 with a growth of 22.7% in its quarterly revenue at $1.48 billion and earnings per share of $0.06. The revenue was lower than the market’s estimate of $1.65 billion, but its reported earnings surpassed analysts’ expectations of $0.02 per share. Netflix, Inc. (NASDAQ:NFLX) had 65.55 million members at the end of the second quarter.

Why are we interested in the 13F filings of a select group of hedge funds? We use these filings to determine the top 15 small-cap stocks held by these elite funds based on 16 years of research that showed their top small-cap picks are much more profitable than both their large-cap stocks and the broader market as a whole. These small-cap stocks beat the S&P 500 Total Return Index by an average of nearly one percentage point per month in our backtests, which were conducted over the period from 1999 to 2012. Moreover, since the beginning of forward testing from August 2012, the strategy worked just as our research predicted, outperforming the market every year and returning 123% over the last 32 months, which is more than 65 percentage points higher than the returns of the S&P 500 ETF (SPY) (see more details).

With this mind, let’s take a closer look at some of the key shareholders of Netflix.

Among over 700 funds that we track, Philippe Laffont’s Coatue Management was the largest shareholder of the company with 1.76 million shares of Netflix, Inc. (NASDAQ:NFLX) valued at $734.69 million at the end of the first quarter. Billionaire Carl Icahn was also bullish on the company, holding 1.41 million shares as of the end of March, but after the split he announced that he sold his entire stake in the company. Earlier, Icahn called the company a “no brainer” and said that CEO Reed Hastings did a great job building the company. According to some reports, Icahn made around $2 billion on his investment in Netflix since 2012 (when he initiated a stake).

Aside from hedge funds’ moves, we are also interested in insider trading surrounding Netflix. In this way, Chief Content Officer Theodore Sarandos, sold 207,487 shares at the end of July, previously having acquired shares through the exercise of Non-Qualified Stock Options.

Considering all of these factors and expansion plans of the company, we recommend a buy for its shares at current levels.