Satyen Mehta founded Neon Liberty Capital Management, a New York-based hedge fund, in 2002. The fund primarily invests in global emerging and frontier markets equities using a value-oriented investment approach. Neon Liberty Capital Management recently filed its 13F with the Securities and Exchange Commission (SEC), which disclosed the fund’s U.S. equity portfolio holdings as of the end of June. According to the filing, Neon Liberty’s public equity portfolio increased in value to slightly more than $89 million at the end of the second quarter, from the almost $81.55 million that it held at the end of the first quarter. Utilities and telecommunications, followed by transports were the top sectors in which the fund was invested in at the end of June, with stocks from these sectors constituting 32% and 27% of Neon Liberty’s equity portfolio respectively. The 13F filing also revealed that the fund increased its stake in three stocks, and reduced its stake in one stock during the April-June period, while its top ten holdings accounted for 99.31% of its equity portfolio. In this article we are going to focus on Neon Liberty’s top three stock picks heading into the third quarter: Copa Holdings, S.A. (NYSE:CPA), Turkcell Iletisim Hizmetleri A.S. (ADR) (NYSE:TKC), and Petrobras Argentina SA ADR (NYSE:PZE). 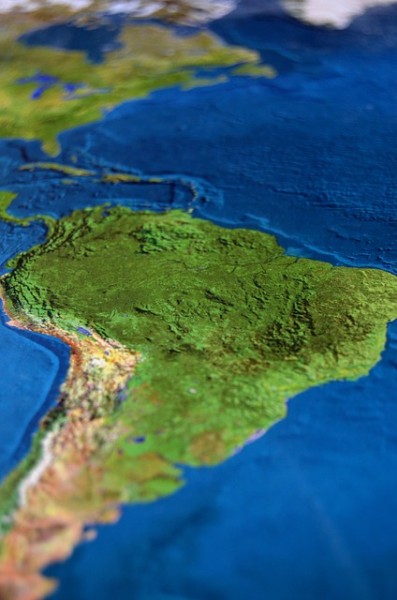 But first a quick word on why we track hedge fund activity. In 2014, equity hedge funds returned just 1.4%. In 2013, that figure was 11.3%, and in 2012, they returned just 4.8%. These are embarrassingly low figures compared to the S&P 500 ETF (SPY)’s 13.5% gain in 2014, 32.3% gain in 2013, and 16% gain in 2012. Does this mean that hedge fund managers are dumber than a bucket of rocks when it comes to picking stocks? The answer is definitely no. Our small-cap hedge fund strategy, which identifies the best small-cap stock picks of the best hedge fund managers returned 28.2% in 2014, 53.2% in 2013, and 33.3% in 2012, outperforming the market each year (it’s outperforming it so far in 2015 too). What’s the reason for this discrepancy you may ask? The reason is simple: size. Hedge funds have gotten so large, they have to allocate the majority of their money into large-cap liquid stocks that are more efficiently priced. They are like mutual funds now. Consider Ray Dalio’s Bridgewater Associates, the largest in the industry with about $165 billion in AUM. It can’t allocate too much money into a small-cap stock as merely obtaining 2% exposure would really move the price. In fact, Dalio can’t even obtain 2% exposure to many small-cap stocks, even if he essentially owned the entire company, as they’re simply too small (or rather, his fund is too big). This is where we come in. Our research has shown that it is actually hedge funds’ small-cap picks that are their best performing ones and we have consistently identified the best picks of the best managers, returning 132% since the launch of our small-cap strategy compared to less than 57% for the S&P 500 (see the details).

Neon Liberty didn’t made any changes to its stake in Copa Holdings, S.A. (NYSE:CPA) during the second quarter, even though the stock has been on a downward slope since the start of the year, down by 27.77% year-to-date and by 17.4% in the second quarter alone. Copa Holdings, S.A. (NYSE:CPA) remained Neon Liberty’s top pick, as the fund held 270,732 shares worth $22.36 million at the end of June. Analysts have a consensus rating of ‘Hold’ on the stock, with an average price target of $110, 50% above its current trading price of $74.27, though this isn’t uncommon for stocks which quickly decline, as analyst price targets can be slow to change. For the quarter ending June 30, analysts expect the company to report EPS of $1.10, less than half of the $2.61 in EPS it reported for the same period last year. During the first quarter, Paul Reeder and Edward Shapiro‘s PAR Capital Management increased its stake in Copa Holdings, S.A. (NYSE:CPA) by 792% to 1.12 million shares.