After falling severely in the period between last year, Canadian equities are witnessing an equally strong rally in 2016. The magnitude of the rally can be gauged by the year-to-date performance of the S&P/TSX Composite index, which has appreciated by over 12%. In comparison, the S&P 500 currently trades with a year-to-date gain of 6.40% and the EURO STOXX 50 is down 7.80% so far in 2016. Considering this bull run that stocks in the neighboring country are experiencing, we at Insider Monkey thought of compiling a list of Canadian stocks listed on American exchanges based on their popularity among the over 800 hedge funds we track. In this post, we will be revealing the five stocks that topped our list and will be discussing their respective performance this year. 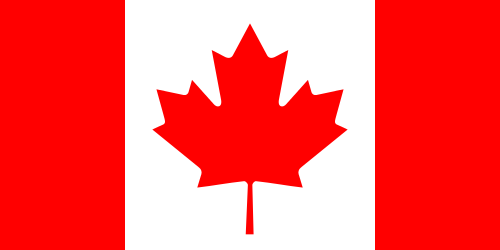 Let’s begin with energy producer Encana Corp (USA) (NYSE:ECA), which saw its ownership among funds covered by us inch up by two and the aggregate value of their holdings in it jump 125% during the first quarter. A large part of that increase in hedge funds’ holdings can be attributed to the almost twenty-fold increase that billionaire Andreas Halvorsen’s Viking Global made to its stake in the company during the first quarter, increasing its holding to 80.58 million shares and becoming the largest shareholder of the company among funds in our database at the end of March. Driven by the rally in crude oil prices, shares of Encana Corp (USA) (NYSE:ECA) have appreciated by a whopping 62% so far this year. In its latest financial results, Encana posted a surprise adjusted profit of $0.10 per share, which surpassed the estimated loss of $0.08 per share, while its non-adjusted loss shrunk to $601 million from $1.61 billion a year earlier, as the company has been implementing cost-cutting measures and selling assets to focus on its core segments.

Restaurant Brands International Inc (NYSE:QSR)’s stock has largely been range bound since it started trading after the completion of $12.5 billion merger between Burger King  and Tim Hortons in December 2014. It has registered gain of 21% so far in 2016 and is trading close to its 52-week high of $45.26. During the first quarter, the number of funds tracked by us long Restaurant Brands International Inc (NYSE:QSR) inched up by two and the aggregate value of their holdings in it increased marginally by 0.07%. Funds that ncreased their stake in the company during that period included Bill Ackman‘s Pershing Square, which brought its holding up by 4% to 39.15 million shares.