This article continues Insider Monkey’s analysis of how well recent stock recommendations from leading investment banks and advisory firms have performed. Last week we covered Goldman Sachs’ best stock picks for 2018. Next in line is Morgan Stanley (NYSE:MS) and its Fresh Money Buy List. The list was first introduced by the famous investment strategist Byron Wien and is “a compilation of some of our best near term risk-reward stock ideas that stand on their own merit.” Morgan Stanley analysts employ a bottom-up approach and search for “specific catalysts such as a change in industry fundamentals, a positive EPS surprise, or new product introduction” to select the 10 stocks in the list. The Fresh Money Buy List was reintroduced by Morgan Stanley’s current chief U.S. equity strategist Michael Wilson and included short-term stock picks expected to “work over 3-6 months.” 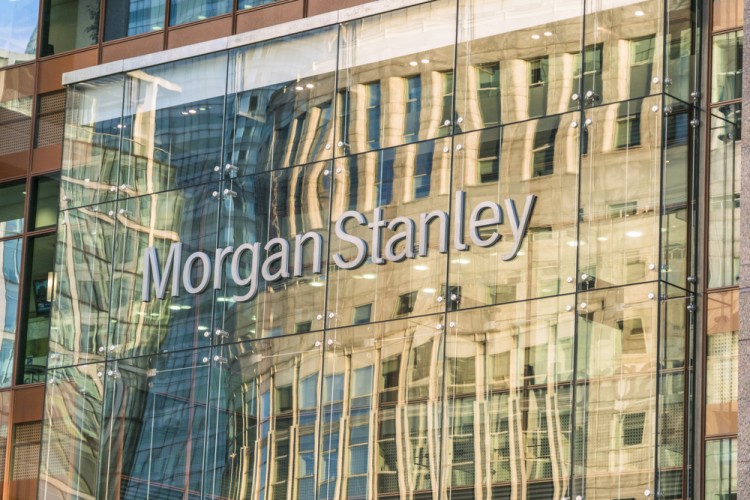 It has been approximately 6 weeks since Morgan Stanley’s Michael Wilson made its Fresh Money Buy List public in an interview with CNBC and the 10 stock picks that were on that list have delivered an average return of 2.33%, while the S&P 500 Index is up by 3.09%. By comparison, Insider Monkey’s flagship best performing hedge fund strategy’s stock picks returned 7.4% since March 23, outperforming both Morgan Stanley’s picks as well as the broader market. Both Morgan Stanley’s and our stock picks are short-term in nature and have a shelf life of about 3 months. The main difference is that our flagship strategy’s picks managed to outperform the S&P 500 ETF (SPY) by more than 30 percentage points (81.8% vs. 51.3%) since its inception 4 years ago. You can download the latest issue of our quarterly newsletter free of charge here.

In its note to investors, Morgan Stanley said its analysts were very optimistic about Knight-Swift Transportation Holdings Inc (NYSE:KNX) and placed a price target of $60 per share, which implied an upside of approximately 21%. The main reasons behind the analysts’ bullishness were favorable cyclical trends in the trucking industry and their belief that the company’s management had been “deeply conservative” with regard to the synergy potential following last year’s merger of Knight Transportation and Swift Transportation.

So far, this recommendation from Morgan Stanley analysts has gone horribly wrong. Shortly after making the Fresh Money Buy List, Knight-Swift Transportation Holdings Inc (NYSE:KNX) entered a downtrend and has fallen more than 20% through Friday’s closing price of $38.96 per share. Although Knight-Swift Transportation reported adjusted earnings of $0.44 per share for the first quarter and topped analysts’ expectations, the $1.27 billion in revenue was below consensus and the stock has continued its decline.

Morgan Stanley was also very bullish on T-Mobile Us Inc (NASDAQ:TMUS) because the company had registered a significant increase in market share since 2013, which came as the company “reshaped itself as the Un-carrier, determined to solve the industry’s pain points (overage charges, international roaming, inflexible device upgrades, etc.).” Furthermore, analysts expected T-Mobile “to generate significant free cash flow (FCF) over the next several years” and to “significantly expand margins given a high degree of operating leverage.” This, in turn, would lead to investors being repaid through share buybacks. Morgan Stanley analysts set a price target of $74, which, at that time, implied an upside potential of 14%.

For the past nine months, T-Mobile Us Inc (NASDAQ:TMUS) stock has been trading in a range, oscillating around the $60 level. As Morgan Stanley made public its Fresh Money Buy List on CNBC, T-Mobile stock started downhill and is currently 4.2% in the red. The stock fell off a cliff after T-Mobile Us Inc (NASDAQ:TMUS) announced on April 29 that it had resumed merger talks with Sprint Corp (NYSE:S) and had hammered out a deal. Investors were quick to put pressure on both stocks, skeptical that the deal would get a green light from the regulators. Four years ago another merger between T-Mobile and Sprint was blocked by regulators.