Would you like to know which countries boast the most advanced armies in South America? If you follow international news regularly or at least have some general knowledge of contemporary history, you might have noticed that armed conflicts are very rare between nations from this continent. In fact, if internal conflicts and minor confrontations are left aside, the last armed conflict of importance took place before World War II. Thus, considering South America as a peaceful region is by no means a mistake, although there are always exceptions to the rule. 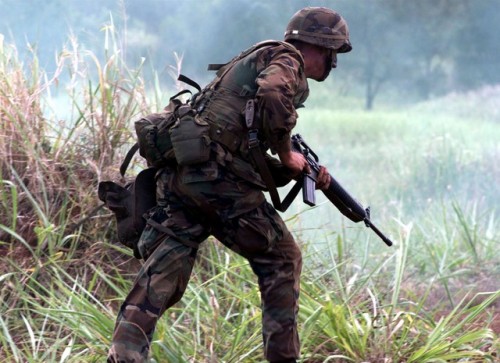 Although South American countries tend to avoid war, this does not mean that they not are prepared to engage in combat. Having a decent military has actually been a major concern for some states in the region, and some have even invested heavily in this sector. Countries engaged in long-lasting internal struggles against rebel groups, such as Colombia, have placed particular importance on upgrading their army over the years. Meanwhile, nations such as Brazil and Argentina have maintained relatively modern armies for political reasons, as they have attempted to position themselves as regional powers. Thus, the most advanced armies in South America have reached this position due to very different reasons.

If you are generally interested in military topics, be sure to also read one of our previous posts about the largest private armies in the world. These forces are far smaller than regular armies and certainly do not possess the same firepower as the most advanced armies in South America, although they engage in combat far more frequently. Either way, their assignments are in no way similar to those of regular armed forces, making a comparison between them practically impossible.

So how does one go about measuring how advanced an army is? Well, for our current list we have decided to ignore the size and firepower of South American armies, rather taking into account how modern the military is in terms of hardware. This is by no means an easy task, as several factors come into play, yet according to our information these are the five most advanced armies in South America.

Share Tweet Email
Page 1 of 6
Next >>
Related Insider Monkey Articles
Breath of Fresh Air: The 25 Countries with the Best Air Quality on the Planet...Ships Ahoy: The 10 Busiest Shipping Ports in the WorldThe 6 Best Company Team Building Activities to Build Workplace Camaraderie
Healthy and Happy: The 10 Countries with Lowest Healthcare CostsThe 10 Most Expensive Baseball Cards Ever Pulled From A PackThe 5 Reasons Why You’re Single and Miserable