Here’s a look at these stocks in detail. 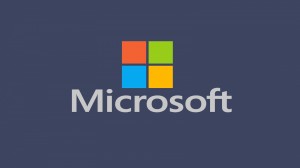 Microsoft: Not about personal computers anymore

Last quarter, Microsoft Corporation (NASDAQ:MSFT) reported adjusted revenue growth of 8% despite PC industry sales declining roughly 14%. Microsoft is decoupling from the broader PC industry and it appears like it can sustain growth despite the PC industry slowing, thanks to its enterprise and SMB business segments.

Microsoft Corporation (NASDAQ:MSFT) derives two-thirds of its revenue from enterprise and SMB (small and medium scale business) customers. These are the growing segments and have better margins than the PC business. Growth in these segments is expected to more than offset any decline in the PC business due to increased tablet penetration. Microsoft Corporation (NASDAQ:MSFT)’s PC business also seems to be near the bottom and may also see an uptick in the back half of the year when Windows 8.1 release is scheduled.

In addition to the enterprise business, cloud computing is another growth area for Microsoft. Recently an activist fund, ValueAct Holdings, disclosed about $1.9 billion stake in the company. According to ValueAct CEO, in the next 3-5 years, Microsoft will transform itself into one of the largest cloud computing companies in the world and investors will stop viewing the company’s stock price in terms of PC cycles. I believe increased investor appreciation of the company’s cloud business will be another catalyst for Microsoft’s stock.

In addition to growth in enterprise and cloud business, there are several other growth drivers like increased penetration of Windows phone and tablets, Xbox sales, etc. Microsoft Corporation (NASDAQ:MSFT) is currently trading at a forward PE of 11x. The company has a solid dividend yield of 2.80%. Given the encouraging trends in Microsoft Corporation (NASDAQ:MSFT)’s non-PC enterprise segment and cloud computing business which are driving its growth, I recommend a buy on the stock.

The Coca-Cola Company (NYSE:KO) delivered better than expected results last quarter and witnessed good sequential revenue growth in Europe and China. Russian and African markets remained strong, and results in North American markets are also expected to improve going forward. The Coca-Cola Company (NYSE:KO) is among the best in class defensive stocks with a dividend yield of 2.70% and a strong balance sheet. Although the company is trading at a slight premium to its peers, I believe this premium is justified given the company’s industry leading position and market share growth. I believe Coca-Cola is an ideal defensive stock to have in your portfolio.

In addition to the defensive nature of its core beverage business, the company also has good growth opportunities in its still beverage business. Currently, The Coca-Cola Company (NYSE:KO) derives less that 30% of its revenue from still beverages. Although, the company has seen a good growth in market share in this segment over the past few years, plenty of opportunity still remains. This segment can show mid to high single digit revenue growth for the next several years as Coca-Cola increases its penetration in high growth categories.

The Coca-Cola Company (NYSE:KO)’s exposure towards the fast growing emerging economies (which account for approximately half of its core sales) is also another growth driver for the company. Given favorable demographic and consumption trends in these markets, Coca-Cola is likely to outperform other consumer companies which have relatively low international exposure. In addition to these growth drivers, the company is also taking steps like rationalization of its bottling plants to cut costs. The Coca-Cola Company (NYSE:KO) is currently trading at 17.92 times forward earnings, which is reasonable given its defensive as well as growth characteristics.