Yesterday, we reported that Google released a search app for Microsoft Corporation (NASDAQ:MSFT)‘s Windows 8, and today, the word around the blogosphere is that the tech giant has released a new version of its voice-messenger service Skype. Aptly named Skype 6.0, the software now comes with Facebook Inc (NASDAQ:FB) functionality, which is similar to the Facebook Connect feature found on many of the web’s most popular sites.

The newest version of Microsoft Corporation (NASDAQ:MSFT)’s Skype will give its roughly 650 million users a much easier way to login, and it will also increase the social connectivity of the platform, likely improving its already gargantuan reach. Similar to how Facebook Inc (NASDAQ:FB) and Apple’s iOS 6 integration worked, the social network will now upload users’ contacts into Skype itself, and comes optimized for the Cupertino-based company’s Retina Display (for those using a Mac). Here’s a peek: 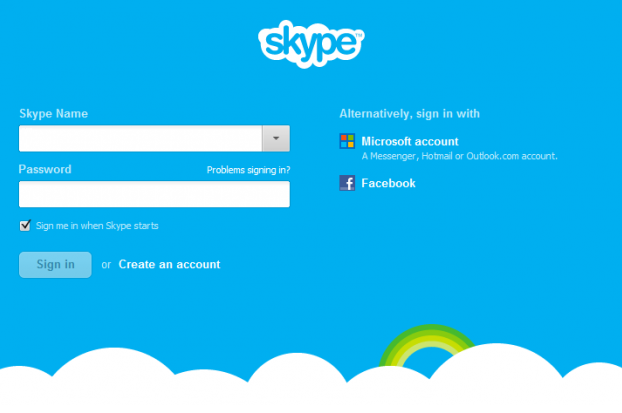 Interestingly, the Facebook Inc (NASDAQ:FB) enabled Skype 6.0 is different from the application that is being released with Microsoft Corporation (NASDAQ:MSFT)’s Windows 8, which is customized for the new operating system’s design. Unlike those using the messaging service on Mac or pre-Windows 8 PCs, the app will give users the ability to upload contacts into Windows 8’s People Hub, where contact information can be viewed from the Start screen.

Will Facebook Inc (NASDAQ:FB) integration into Skype be a material partnership for Microsoft Corporation (NASDAQ:MSFT), or is it overblown? Let us know your thoughts in the comments section below.