The release of Windows 8 is right around the corner, and we’ve already discussed the potential of Microsoft Corporation (NASDAQ:MSFT)‘s Surface tablet (while showing you their epic advertising), but its important to track how other tech companies are preparing for this release. Making its way around the blogosphere this morning is the new Google Inc (NASDAQ:GOOG) Search app for Windows 8. As seen here, the application is now in Microsoft’s Windows Store, and will give Windows 8 users another in-system search feature besides Bing.

Like most of Google Inc (NASDAQ:GOOG)’s products, its Search app does much more than just take web queries. The application includes Gmail, Reader, Drive, Calendar, Maps, and also has speech-to-search functionality. Here’s a screenshot of the app’s home screen, which is above the tag line: “The world’s information at your fingertips. A familiar, fast, and precise way to find answers on your Windows 8 device.” 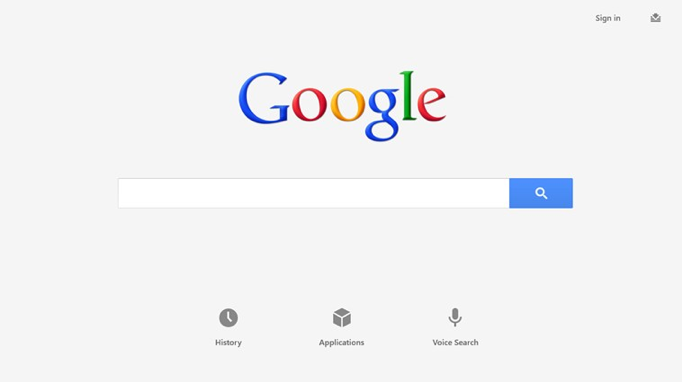 As expected, Google Inc (NASDAQ:GOOG) is also working on a Chrome web browser for Windows 8, though we don’t have details on exactly when it will be released to Microsoft users.

This release comes on the heels of rumors over Google Inc (NASDAQ:GOOG)’s development of a Star Trek-style computing system, that is known by its creators as “ubiquitous computing.” On the subject, the company’s VP Amit Singhal has recently stated:

Why should someone stop their conversation because they’re missing a tiny piece of information that you need to take that conversation further? You have to pull out your phone. You have to unlock the phone. You have to type. Already you have lost valuable seconds and the conversation has become unnatural and awkward. I would make a bold prediction that in the next three to five years you will have a Star Trek assistant, with a lot more capability than your phone has now. We have built baby steps of this already.

While it remains to be seen exactly when this technology will come to fruition, it is at least intriguing that Google chose to include its own speech-to-search functionality in its Windows 8 app. Continue reading here for updates on this situation, and if you’re interested, here’s the link to Google’s Search app on the Windows Store.

Google Inc (GOOG), Facebook (FB): Is The New Millennium Over?

Google Inc. (GOOG): What You Need To Know About CPC Rates