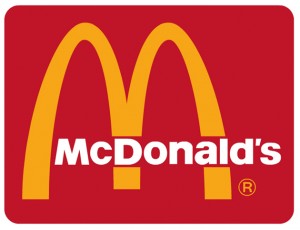 One of the company’s biggest weaknesses remains its customer service. Anyone that has been to McDonald’s in different neighborhoods can attest to this fact. The customer service experience is not the same at each restaurant.
Part of company’s brand is the nostalgia we had as children growing up with McDonald’s. As other companies are able to offer a better customer experience, it poses risks to McDonald’s and its brand.

Customer service was one of the biggest problems that McDonald’s Corporation (NYSE:MCD) faced in 2003. New CEO Jim Skinner combated this problem by slowing new-store openings and focusing on the basics – customer service and restaurant cleanliness. If McDonald’s has to go back to the basics again, it doesn’t bode well for shares.

At this point, the turnaround in McDonald’s should be complete and the focus needs to be on new-store openings and expanding the menu. A return to basics is what the shorts want, as the company will be less-focused on growth.

Even McDonald’s says that they worry most about Subway rather than other hamburger chains, such as The Wendy’s Company (NASDAQ:WEN) and Jack in the Box Inc. (NASDAQ:JACK). To compete with Subway, McDonald’s just launched the McWrap as a healthier option with the hopes of luring young people into its fast-food chains instead of going to Subway.

Despite the move toward more healthier options, shares of fellow burger-joint Jack in the Box have been performing well, and are up almost 25% year-to-date. This comes after the company has beat analysts’ estimates by at least 15% over the last four quarters. Analysts are also encouraged by Jack’s future, where despite the company’s negative 8% annualized earnings growth rate over the last five years, analysts expect EPS to grow at 12.8% annually over the next five years.
However, despite all this good news, the valuation may cause some investors to hesitate when investing in Jack. It’s current P/E is upwards of 24.7, compared to McDonald’s 18.6.
Although Jack is a much smaller competitor with a $1.6 billion market cap, hedge funds are getting excited about the stock. At the end of 2012, there were a total of 15 hedge funds long the stock, a 25% increase from the third quarter.
The dollar menu was at one time one of McDonald’s strengths. Now its competitors have all adopted a similar pricing model and it no longer differentiates McDonald’s. Jack in the Box Inc. (NASDAQ:JACK) of course has a dollar menu, but the fast-food joint also recently announced plans to offer a healthier breakfast option, oatmeal.
What McDonald’s risks most with the dollar menu is actually a strengthening U.S. economy. When the economy was weak, many people resorted to the company’s dollar menu as times were tough. If and when the US economy gets stronger, many won’t want to go back to McDonald’s since it’ll be a painful reminder of how bad things were.
Worries in China
The outlook for China has gotten more negative for restaurant chains with the development of the H7N9 virus. Just recently there were 82 confirmed cases and 17 deaths. As the virus continues to spread in Asia, it could dampen the one bright spot for McDonald’s growth. The more the virus spreads the more of an impact it will have on sales for McDonald’s Corporation (NYSE:MCD) in Asia.
Speaking to the concerns and weakness in China has been the turmoil that Yum! Brands, Inc. (NYSE:YUM) has been undergoing over the past few months. Its KFC China segment reported suppliers overloaded its chicken with chemicals to expedite growth, with no ideas of how long it will take to recover sales at KFC in China.
Share Tweet Email
Page 1 of 2
Next >>
See All