According to most traders, hedge funds are seen as worthless, outdated financial vehicles of the past. While there are greater than 8000 funds with their doors open at the moment, we at Insider Monkey hone in on the moguls of this group, about 450 funds. It is widely believed that this group oversees most of the smart money’s total asset base, and by monitoring their top equity investments, we have brought to light a few investment strategies that have historically outperformed the broader indices. Our small-cap hedge fund strategy beat the S&P 500 index by 18 percentage points a year for a decade in our back tests, and since we’ve started sharing our picks with our subscribers at the end of August 2012, we have trumped the S&P 500 index by 25 percentage points in 6.5 month (check out a sample of our picks).

Equally as important, optimistic insider trading activity is another way to parse down the investments you’re interested in. There are many incentives for a corporate insider to sell shares of his or her company, but only one, very clear reason why they would behave bullishly. Various academic studies have demonstrated the market-beating potential of this method if piggybackers know what to do (learn more here).

Now, we’re going to take a gander at the key action surrounding Jack in the Box Inc. (NASDAQ:JACK).

Hedge fund activity in Jack in the Box Inc. (NASDAQ:JACK)

At the end of the fourth quarter, a total of 15 of the hedge funds we track held long positions in this stock, a change of 25% from the third quarter. With hedge funds’ capital changing hands, there exists a few notable hedge fund managers who were boosting their stakes meaningfully.

When looking at the hedgies we track, Clifton S. Robbins’s Blue Harbour Group had the biggest position in Jack in the Box Inc. (NASDAQ:JACK), worth close to $86 million, accounting for 9.7% of its total 13F portfolio. On Blue Harbour Group’s heels is Joshua Friedman and Mitchell Julis of Canyon Capital Advisors, with a $24 million position; 0.2% of its 13F portfolio is allocated to the company. Remaining hedgies that are bullish include Glenn J. Krevlin’s Glenhill Advisors, Jim Simons’s Renaissance Technologies and James Dondero’s Highland Capital Management.

What do corporate executives and insiders think about Jack in the Box Inc. (NASDAQ:JACK)?

Insider trading activity, especially when it’s bullish, is at its handiest when the primary stock in question has seen transactions within the past six months. Over the last six-month time frame, Jack in the Box Inc. (NASDAQ:JACK) has seen 1 unique insiders buying, and 9 insider sales (see the details of insider trades here).

With the results shown by Insider Monkey’s studies, retail investors must always keep an eye on hedge fund and insider trading activity, and Jack in the Box Inc. (NASDAQ:JACK) shareholders fit into this picture quite nicely.

This Metric Says You Are Smart to Buy Vantiv Inc (NYSE:VNTV)

Is Emulex Corporation (NYSE:ELX) Going to Burn These Hedge Funds? 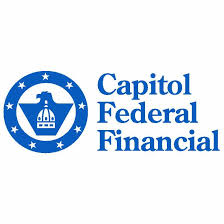