Published on August 3, 2015 at 12:50 pm by Raymond Jones in Hedge Fund Analysis,Hedge Funds,News

Barry Wittlin founded WCG Management, a New York-based macro hedge fund, in 2007. Prior to starting WCG Management, Wittlin worked at Bank of America Merrill Lynch as Senior Vice President and Head of Strategic Risk Trading for Global Markets & Investment. Although WCG Management mainly focuses on investing in bonds and currencies, it also manages a sizeable equity portfolio, which is valued at $228.5 million as of the end of June. Consumer discretionary and Basic Material sectors were WCG Management’s top sectoral picks, amassing 37% and 19% of the fund’s equity portfolio at the end of the second-quarter. The filing also revealed that during the quarter WCG Management initiated a stake in 12 stocks, sold out of 3 stocks, made additional purchases in 5 stocks, as well as reduced its holding in 5 stocks. Although McDonald’s Corporation (NYSE:MCD) remained among WCG Management’s top three picks at the end of second-quarter from first-quarter, CF Industries Holdings, Inc. (NYSE:CF) and Constellation Brands, Inc. (NYSE:STZ) climbed a couple of positions after the fund raised its exposure to them. Since the fund increased its stake in all of its top three holdings, dissecting those stocks and understanding why WCG Management’s picked them can be quite fruitful for investors. 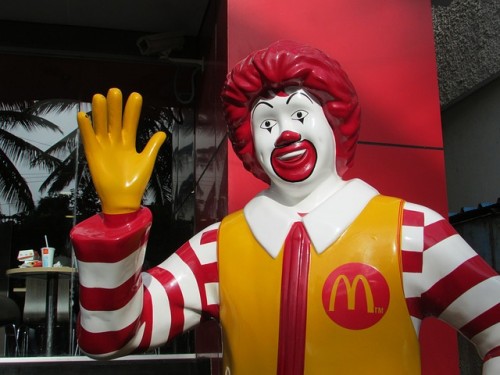 But before we proceed to that, it begs the question, why do we pay attention to hedge fund sentiment? Most investors ignore hedge funds’ moves because as a group their average net returns trailed the market since 2008 by a large margin. Unfortunately, most investors don’t realize that hedge funds are hedged and they also charge an arm and a leg, so they are likely to underperform the market in a bullish environment. We ignore their short positions and by imitating hedge funds’ stock picks independently, we don’t have to pay them a dime. Our research has shown that hedge funds’ long stock picks generate strong risk-adjusted returns. For instance the 15 most popular small-cap stocks outperformed the S&P 500 by an average of 95 basis points per month in our back-tests spanning the 1999-2012 period. We have been tracking the performance of these stocks in real-time since the end of August 2012. After all, things change and we need to verify that back-test results aren’t just a statistical fluke. We weren’t proven wrong. These 15 stocks managed to return more than 123% over the last 36 months and outperformed the S&P 500 Index by 65 percentage points (see the details here).

Coming back to WCG Management’s top picks, the fund increased its stake in CF Industries Holdings, Inc. (NYSE:CF) by 9% to 410,680 shares, worth $26.31 million, as of June 30. The fertilizer maker announced a 5-for-1 stock split on May 18 and its stock started trading on a split-adjusted basis a month later. On the same day the company announced that it will be increasing production of urea-based products at its Courtright Nitrogen Complex in Sarnia, Ontario,. The company expects this project will be completed by the fourth quarter of 2017 and will cost around $85 million. On July 1, the company announced the acquisition of Yara International ASA (ADR)(OTCMKTS:YARIY)’s 50% equity stake in GrowHow UK Limited for $580 million, making GrowHow a fully owned subsidiary of CF Industries Holdings, Inc. (NYSE:CF). Recent reports have highlighted that the company might be in advanced talks with Dutch fertilizer maker OCI NV for a merger. Some other funds that hold shares of CF Industries in their portfolio, include Jean-Marie Eveillard‘s First Eagle Investment Management, which initiated a stake of 400,000 shares during the first quarter.