The financial regulations require hedge funds and wealthy investors that exceeded the $100 million equity holdings threshold to file a report that shows their positions at the end of every quarter. Even though it isn’t the intention, these filings to a certain extent level the playing field for ordinary investors. The latest round of 13F filings disclosed the funds’ positions on September 30th. We at Insider Monkey have made an extensive database of nearly 750 of those established hedge funds and famous value investors’ filings. In this article, we analyze how these elite funds and prominent investors traded Maui Land & Pineapple Company, Inc. (NYSE:MLP) based on those filings.

Hedge fund interest in Maui Land & Pineapple Company, Inc. (NYSE:MLP) shares was flat at the end of last quarter. This is usually a negative indicator. At the end of this article we will also compare MLP to other stocks including Geospace Technologies Corp (NASDAQ:GEOS), Eros International plc (NYSE:EROS), and Atento SA (NYSE:ATTO) to get a better sense of its popularity. 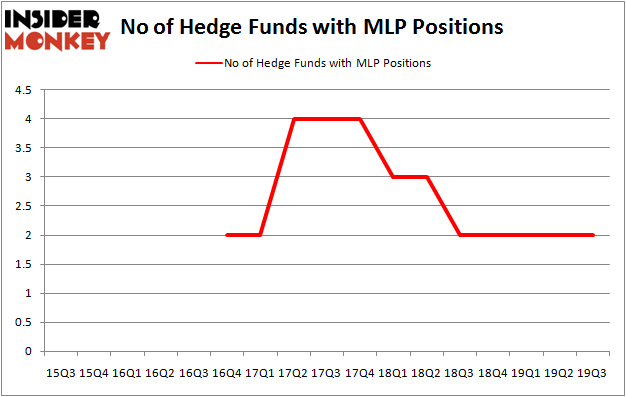 More specifically, Valueworks LLC was the largest shareholder of Maui Land & Pineapple Company, Inc. (NYSE:MLP), with a stake worth $5.1 million reported as of the end of September. Trailing Valueworks LLC was Renaissance Technologies, which amassed a stake valued at $1.6 million.

As you can see these stocks had an average of 6.75 hedge funds with bullish positions and the average amount invested in these stocks was $7 million. That figure was $7 million in MLP’s case. Fluent, Inc. (NASDAQ:FLNT) is the most popular stock in this table. On the other hand Geospace Technologies Corp (NASDAQ:GEOS) is the least popular one with only 6 bullish hedge fund positions. Compared to these stocks Maui Land & Pineapple Company, Inc. (NYSE:MLP) is even less popular than GEOS. Hedge funds dodged a bullet by taking a bearish stance towards MLP. Our calculations showed that the top 20 most popular hedge fund stocks returned 34.7% in 2019 through November 22nd and outperformed the S&P 500 ETF (SPY) by 8.5 percentage points. Unfortunately MLP wasn’t nearly as popular as these 20 stocks (hedge fund sentiment was very bearish); MLP investors were disappointed as the stock returned -1.9% during the fourth quarter (through 11/22) and underperformed the market. If you are interested in investing in large cap stocks with huge upside potential, you should check out the top 20 most popular stocks among hedge funds as 70 percent of these stocks already outperformed the market so far in Q4.

Here is The 15th Most Popular Stock Among 752 Hedge Funds
Monthly Newsletter Strategy
Download a free copy of our newsletter and see the details inside!
Hedge Fund Resource Center
Related News
ValueWorks’ Top Pick From Each of 5 Prominent Sectors: Gilead (GILD), Boeing (BA), More Do Hedge Funds and Insiders Love ZipRealty, Inc. (ZIPR)? 10 Easiest Instruments For Adults To Learn On Their Own 10 Most Profitable Franchises In The World 10 Most Famous Sports Arenas In The World
Billionaire Hedge Funds