Today, let’s look at SAC Capital Advisors, run by Steven Cohen. SAC is one of the biggest hedge fund companies around, with a reportable stock portfolio totaling $18.2 billion  in value as of June 30, 2013. A company doesn’t generally grow that large without performing well, and indeed, Cohen has reportedly averaged returns of roughly 30% annually over two decades.

How did the hedge fund achieve such success? Well, perhaps via some insider trading. Some are alleging foul play, with the company facing criminal charges and Cohen himself charged.

So what does SAC Capital’s latest quarterly 13F filing tell us? Here are a few interesting details:

The biggest new holdings are T-Mobile US and Clovis Oncology. Other new holdings of interest include MannKind Corporation (NASDAQ:MNKD) and EXCO Resources Inc (NYSE:XCO). Biotech concern MannKind Corporation (NASDAQ:MNKD) has seen its shares more than double in value over the past year, though it has been a volatile ride. Investors have been hopeful that its inhaled insulin product Afrezza will receive FDA approval soon. The stock has enormous potential and recently reported positive phase 3 trial results for Afrezza, but there is also significant risk and controversy surrounding it. Bulls need to remember that approval and strong sales are not yet in place, and a lot of success is already built into the stock’s recent price, leaving less upside.

EXCO Resources Inc (NYSE:XCO), an oil and gas company, recently saw its stock slide after posting a 27% revenue gain in its second quarter, but disappointing earnings growth. EXCO spent $1 billion on assets from Chesapeake Energy earlier this year, giving it an entry into the oil-rich Eagle Ford shale region and boosting its existing operations. EXCO Resources Inc (NYSE:XCO) has a forced hedging policy, which some worry might hurt it if oil prices rise. The stock offers a 2.7% yield.

SAC Capital Advisors reduced its stake in lots of companies, including Nuance Communications Inc. (NASDAQ:NUAN), a major developer of speech-recognition software. Nuance Communications Inc. (NASDAQ:NUAN)’s technology is housed in many iDevices. It has been seen as a buyout candidate, and activist investor Carl Icahn has gobbled up many shares. In response, the company recently swallowed a “poison pill,” limiting takeover possibilities. While some see the stock as undervalued now, others are bailing on the company, not liking its recent performance or its CEO’s compensation package. 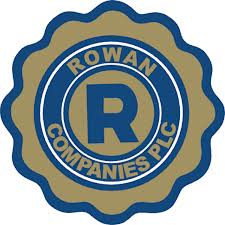 MannKind Corporation (MNKD): To Infinity And Beyond?
Monthly Newsletter Strategy
Download a free copy of our newsletter and see the details inside!
Hedge Fund Resource Center
Billionaire Hedge Funds