Life is getting a little better. That’s the overall message in the latest quarterly results that Life Technologies Corp. (NASDAQ:LIFE) reported after the market close on Monday. Here are the numbers, and, more importantly, what was said beyond the numbers.

Numbers
Fourth-quarter revenue came in at $999 million, up 3% over the same quarter in 2011. Earnings for the quarter were $1.11 per share, a 6% increase year-over-year. That figure matched the average analyst estimate. 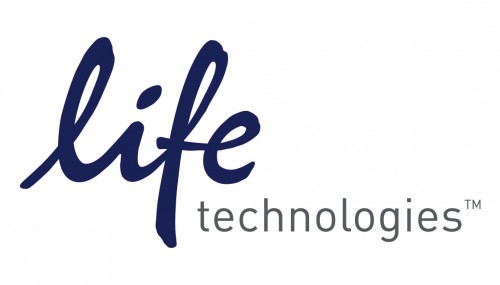 For the full year, Life’s revenue totaled $3.8 billion, reflecting a 2% increase versus 2011. Full-year earnings were $3.98 per share, which is 7% higher than earnings in the prior year. Per-share numbers were helped, though, by the company’s repurchase of 8.8 million shares.

Life Technologies provided 2013 guidance of 3% to 5% revenue growth excluding currency impact. Non-GAAP earnings guidance was $4.30 to $4.45 per share, up 8% to 12% from 2012. The lower end of these ranges incorporates anticipated effects if sequestration measures are enacted that would reduce U.S. government spending.

Beyond the numbers
All ears were listening during the earnings conference call for any new information about the potential sale of Life Technologies. Those ears were largely disappointed, though. CEO Gregory Lucier only briefly alluded to the strategic review that the company recently announced.

I suspect that Lucier was being as transparent as he can be at this point when he said that the board still hasn’t finalized which direction will be undertaken. The board of directors is undoubtedly testing the waters to see what price private equity firms would be willing to pay.

Interest levels of other firms are also very likely being assessed. Roche is a natural prospective candidate after the company abandoned plans to buy Illumina, Inc. (NASDAQ:ILMN). GE Healthcare is perhaps a less likely acquirer, although the company did get into the buying mode in 2012 when it picked up DNA sequencing company SeqWright.

Lucier did reiterate that “all ideas are on the table”, though. That includes continuing the company’s current path. He also stated that the board’s review actually began last summer. Lucier pointed out that Life’s stock at that time “was trading in the low 40s.” One could be tempted to try to read between the lines and speculate that a sale is less likely now that the stock is trading significantly higher than those levels. However, I don’t think such speculation is necessarily on target.

Looking ahead
While Life Technologies might not appear to be the most exciting of stocks, shares are up 24% so far in 2013. Granted, much of those gains stem from anticipation that the company will be sold. Even if it isn’t, though, there are reasons to like the company.

General Electric Company (GE): Getting Back On Track

Intuitive Surgical, Inc. (ISRG): Do Not Confuse a Great Company With a Great...

Traders beef up on Herbalife options as shares extend losses