Levin Capital and Other Hedge Funds Are Snapping Up Farmer Brothers Co. (FARM)

As we already know from media reports and hedge fund investor letters, many hedge funds lost money in fourth quarter, blaming macroeconomic conditions and unpredictable events that hit several sectors, with technology among them. Nevertheless, most investors decided to stick to their bullish theses and their long-term focus allows us to profit from the recent declines. In particular, let’s take a look at what hedge funds think about Farmer Brothers Co. (NASDAQ:FARM) in this article.

Farmer Brothers Co. (NASDAQ:FARM) has experienced an increase in support from the world’s most elite money managers recently. FARM was in 9 hedge funds’ portfolios at the end of December. There were 7 hedge funds in our database with FARM positions at the end of the previous quarter. Our calculations also showed that FARM isn’t among the 30 most popular stocks among hedge funds (the top 15 hedge fund stocks actually outperformed the market by more than 6 percentage points in the first 2.5 months of this year). 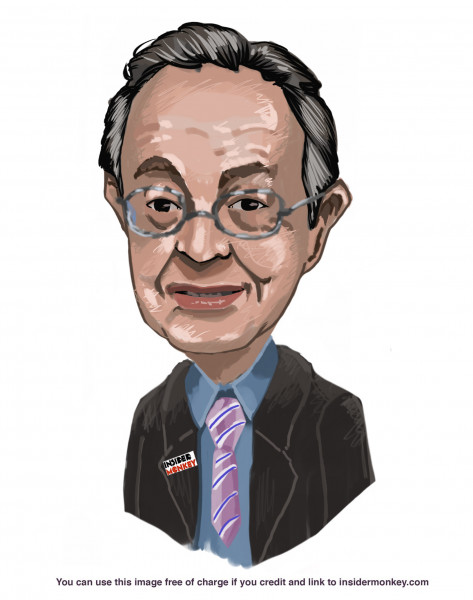 How have hedgies been trading Farmer Brothers Co. (NASDAQ:FARM)?

Heading into the first quarter of 2019, a total of 9 of the hedge funds tracked by Insider Monkey were bullish on this stock, a change of 29% from the second quarter of 2018. On the other hand, there were a total of 5 hedge funds with a bullish position in FARM a year ago. With hedge funds’ capital changing hands, there exists an “upper tier” of noteworthy hedge fund managers who were adding to their holdings substantially (or already accumulated large positions). 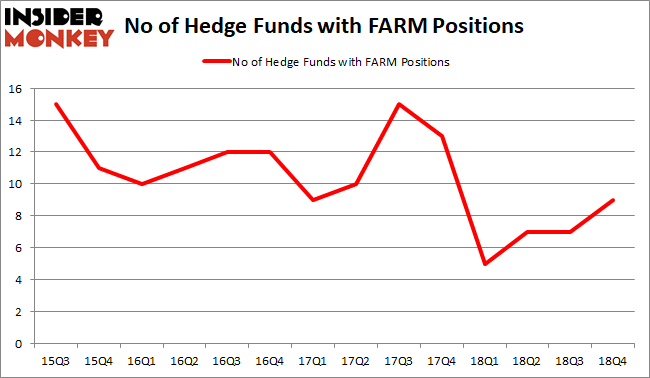 Of the funds tracked by Insider Monkey, Trigran Investments, managed by Douglas T. Granat, holds the number one position in Farmer Brothers Co. (NASDAQ:FARM). Trigran Investments has a $40.4 million position in the stock, comprising 7.5% of its 13F portfolio. The second most bullish fund manager is Levin Capital Strategies, managed by John A. Levin, which held a $20.2 million position at the end of 2018. This week John Levin disclosed in a 13D filing that he has been adding to his FARM position since the beginning of this year. As of March 18th, Levin Capital raised its stake to 10.8% of FARM’s outstanding shares. Some other professional money managers that are bullish comprise Jim Simons’s Renaissance Technologies, Chuck Royce’s Royce & Associates and George McCabe’s Portolan Capital Management.

As industrywide interest jumped, key money managers were breaking ground themselves. D E Shaw, managed by D. E. Shaw, initiated the most outsized position in Farmer Brothers Co. (NASDAQ:FARM). D E Shaw had $0.3 million invested in the company at the end of the quarter. Israel Englander’s Millennium Management also initiated a $0.2 million position during the quarter.

As you can see these stocks had an average of 7.5 hedge funds with bullish positions and the average amount invested in these stocks was $26 million. That figure was $89 million in FARM’s case. Owens & Minor, Inc. (NYSE:OMI) is the most popular stock in this table. On the other hand Capital City Bank Group, Inc. (NASDAQ:CCBG) is the least popular one with only 2 bullish hedge fund positions. Farmer Brothers Co. (NASDAQ:FARM) is not the most popular stock in this group but hedge fund interest is still above average. This is a slightly positive signal but we’d rather spend our time researching stocks that hedge funds are piling on. In this regard OMI might be a better candidate to consider a long position.